Posters have been revealed for Playlist Studio’s upcoming drama “Peng”!

The web drama is about a woman named Go Sa Ri (Yoon So Hee) entering her 30s as four different men become entangled in her life.

The first teaser poster features Yoon So Hee glancing to the side with the text, “Let’s keep our eyes wide open because a handsome guy could appear out of nowhere!”

The main poster released on September 23 stars Yoon So Hee along with Choi Won Myeong, Joo Woo Jae, Lee Seung Il, and Kim Hyun Jin, who play the four men in her life.

Holding Go Sa Ri’s birthday cake is Choi Won Myeong as Pi Jung Won, a successful media artist who runs a gallery cafe. He has been close friends with Sa Ri since they were young, but he secretly has a crush on her.

Joo Woo Jae plays Ki Sun Jae, the CEO of the fashion brand that Sa Ri works at. He isn’t present at the office often as he is busy with other meetings, but as he becomes interested in Sa Ri, he starts showing up more frequently.

Lee Seung Il takes on the role of Sa Ri’s ex-boyfriend Jeon Woo Sang, who dated Sa Ri for almost 10 years since she was 20. Sa Ri wants nothing to do with him anymore, but he continues to cling on to her.

The fourth guy is Yeon Ha Rim, played by Kim Hyun Jin. He is a young model that Sa Ri meets at a club, and he is a fearless guy who isn’t afraid to express his feelings. 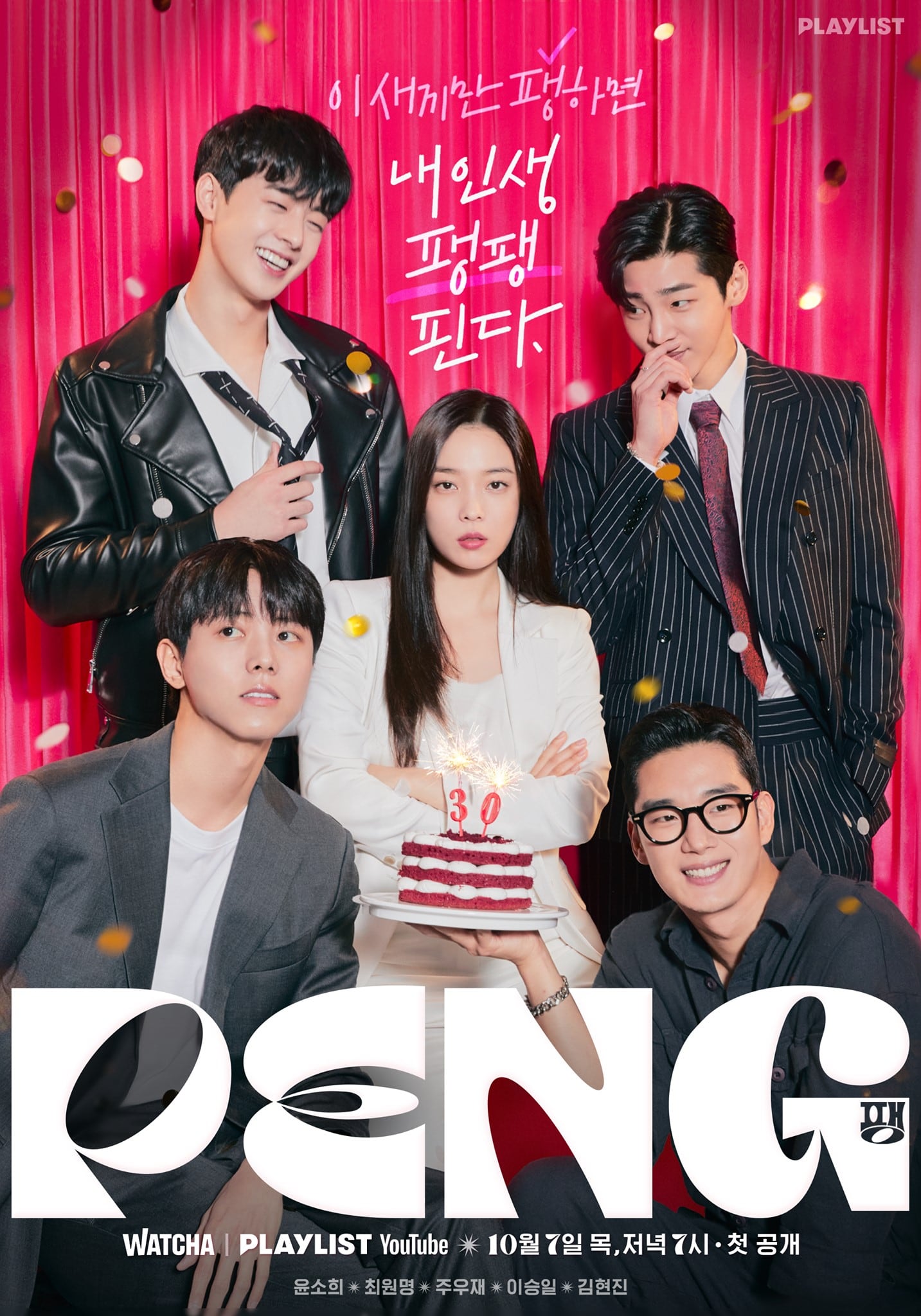 “Peng” premieres on October 7 at 7 p.m. KST and will be available on Viki.

While waiting, watch Yoon So Hee in “Witch’s Love“:

ARMYs Think BTS’s “Jin Hit” Was The Brains Behind The “BTS In The SOOP” Upgrade, And Here’s Why

TXT’s Soobin Suddenly Remembered They Were Now Under The Same Company As Justin Bieber And Ariana Grande, And He Had The Cutest Reaction

TXT's Soobin Suddenly Remembered They Were Now Under The Same Company As Justin Bieber And Ariana Grande, And He Had The Cutest Reaction