On the latest episode of “Master in the House,” Rain teamed up with Lee Sang Min and Tak Jae Hoon to prank the cast!

During the March 14 broadcast of the SBS variety show, the cast members and their latest masters—Lee Sang Min and Tak Jae Hoon—headed to Rain’s house to recruit him for their “Failure Festival.” Rain agreed to join them for the festival, but asked them to repay the favor by stopping by his company to evaluate his new boy group Ciipher, who was in the midst of preparing for their March debut.

When the cast and their masters arrived at Rain’s agency, the singer brought them downstairs to the practice room so they could watch Ciipher perform. However, Rain was seemingly so anxious for the idol group to do a good job that he repeatedly scolded them and called them out for making mistakes while dancing. 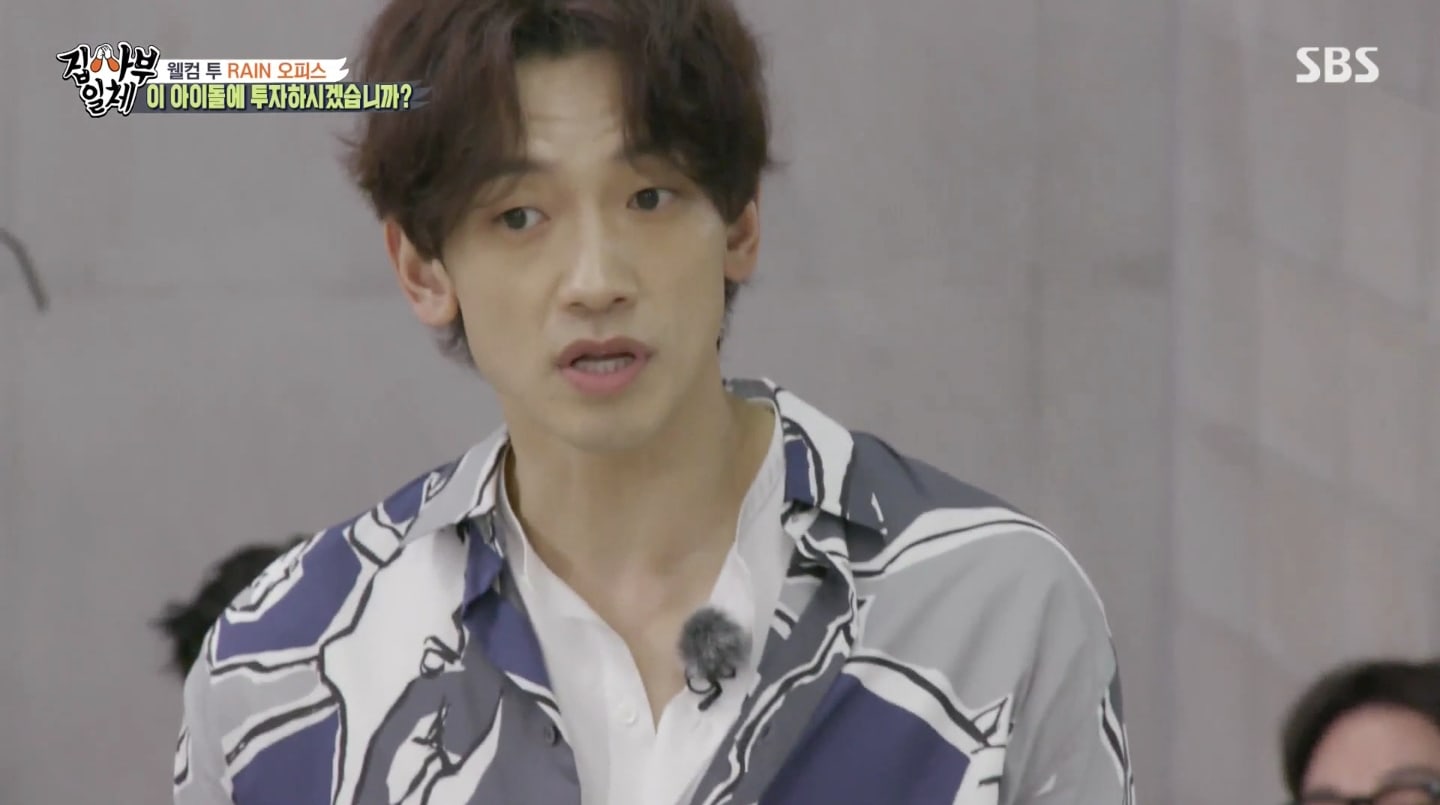 As Rain continued to become harsher and angrier with his criticism, all of the cast members became visibly nervous and worried for Ciipher. At one point, Kim Dong Hyun even teared up as he watched them suffer, and Yang Se Hyung literally began praying for the group’s sake that they wouldn’t make any more mistakes.

Meanwhile, as fellow singers, both Lee Seung Gi and ASTRO’s Cha Eun Woo tried to cheer up the group by mentioning that they had also received lots of criticism and scolding back when they were first starting out. 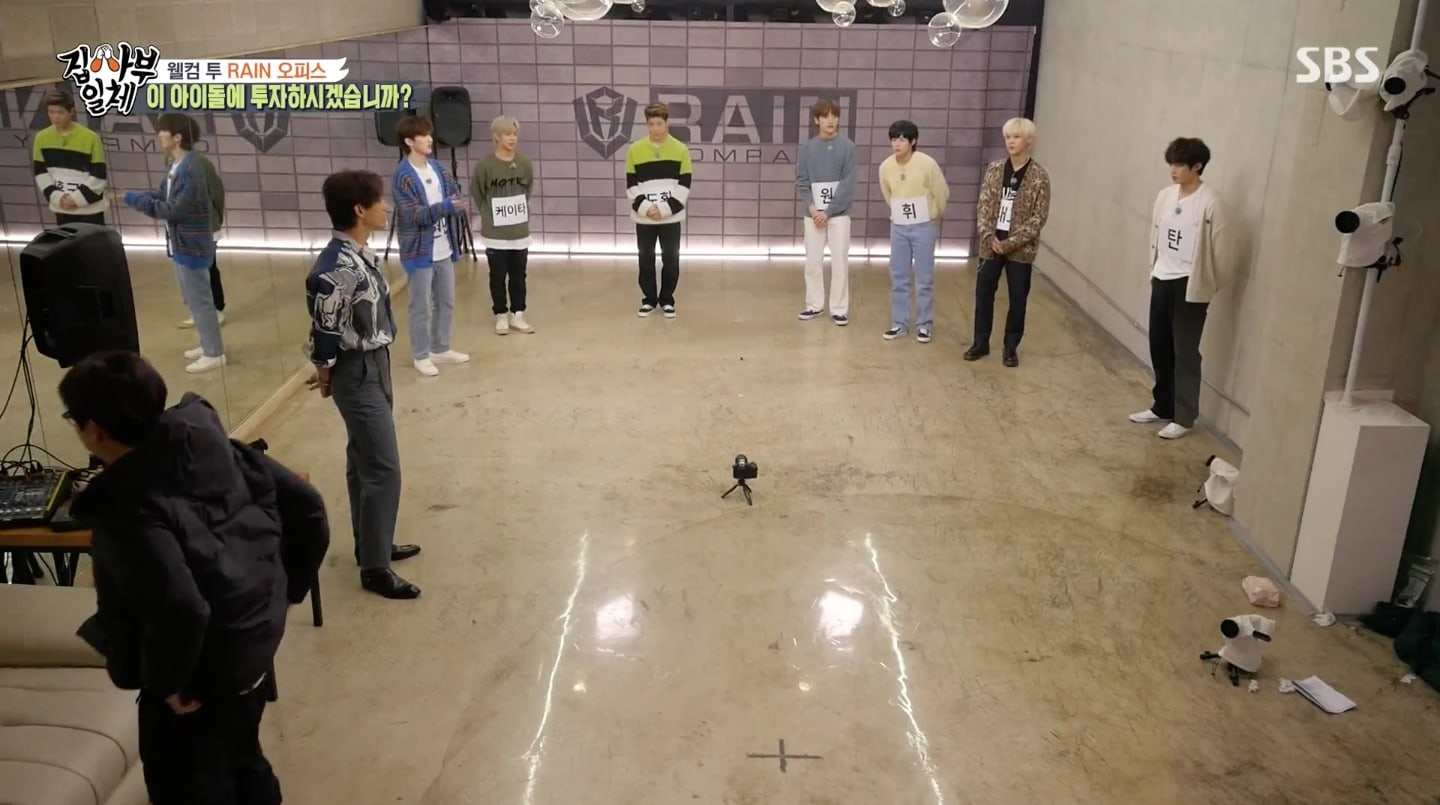 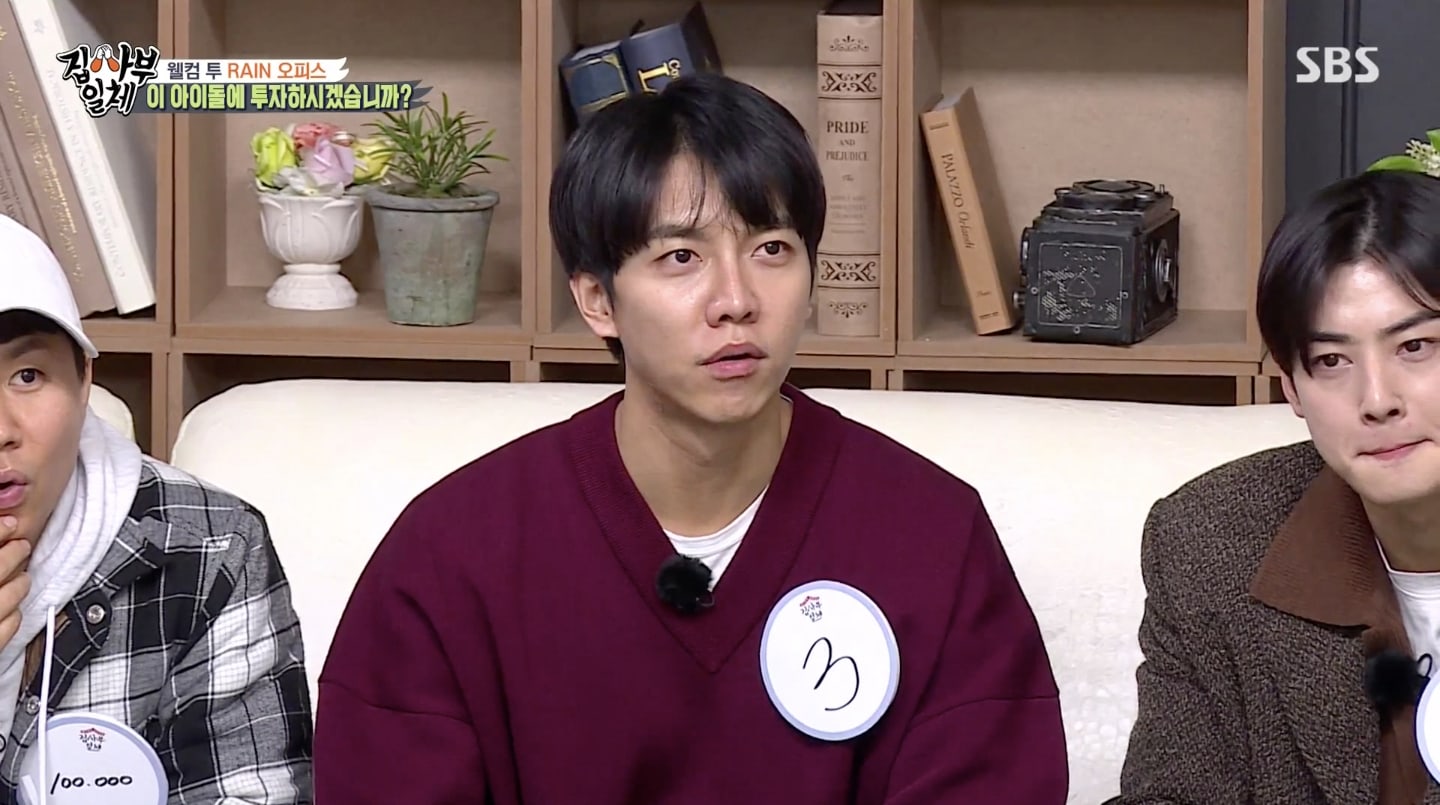 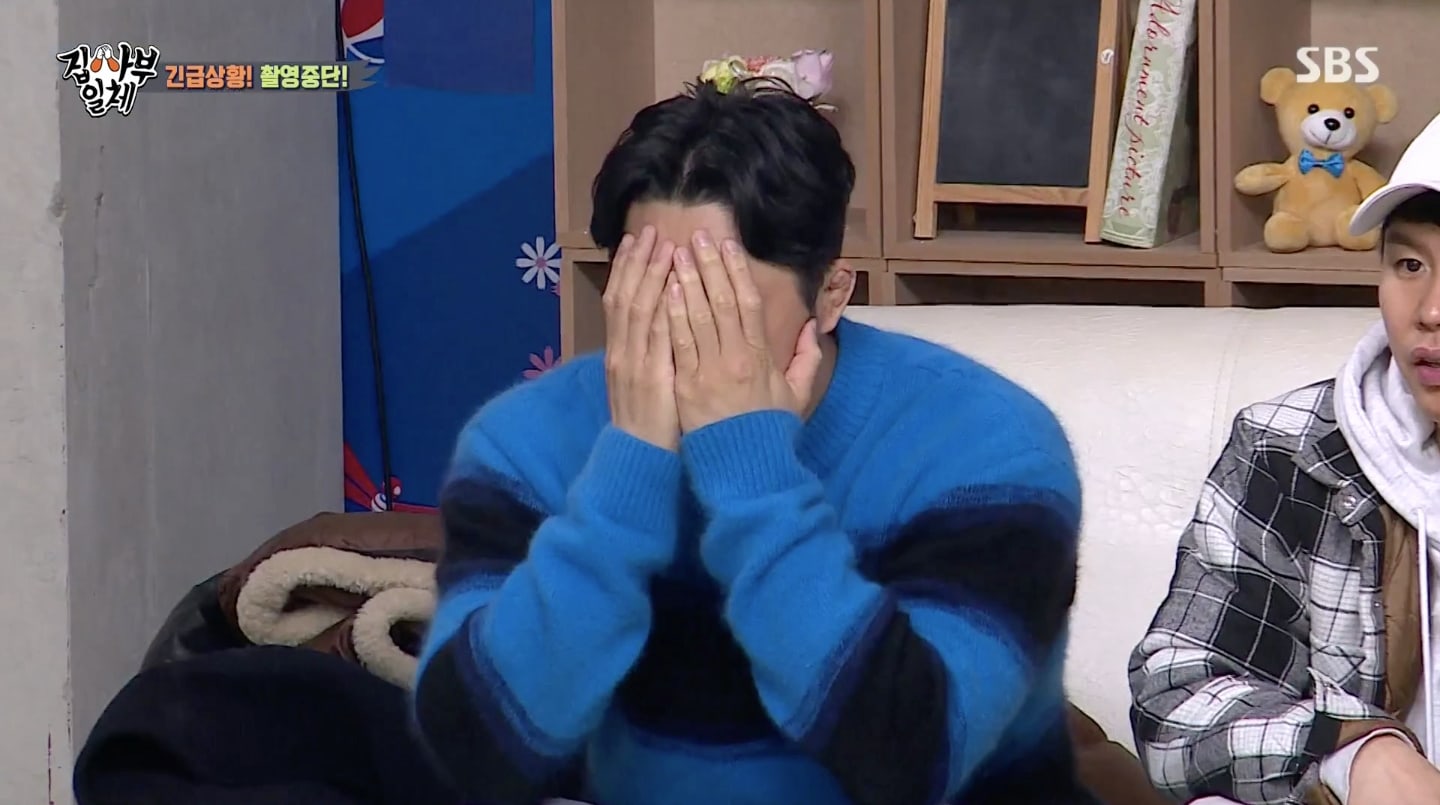 Though the “Master in the House” cast attempted to calm Rain down by telling him that the idols were doing fine, the seemingly implacable singer grew furious when Ciipher member Tan made several choreography mistakes. After demanding a break from filming and calling the entire group outside to scold them, Rain asked to speak to Tan alone, terrifying the cast members.

However, once Rain and Tan were left alone, it was revealed that the whole situation was actually an elaborate prank: earlier in the day, Rain, Lee Sang Min, and Tak Jae Hoon had decided to pull a prank on the “Master in the House” cast in an attempt to “give them a taste of failure.” Although the other Ciipher members were still in the dark, it turned out that Tan was in on the prank as well. 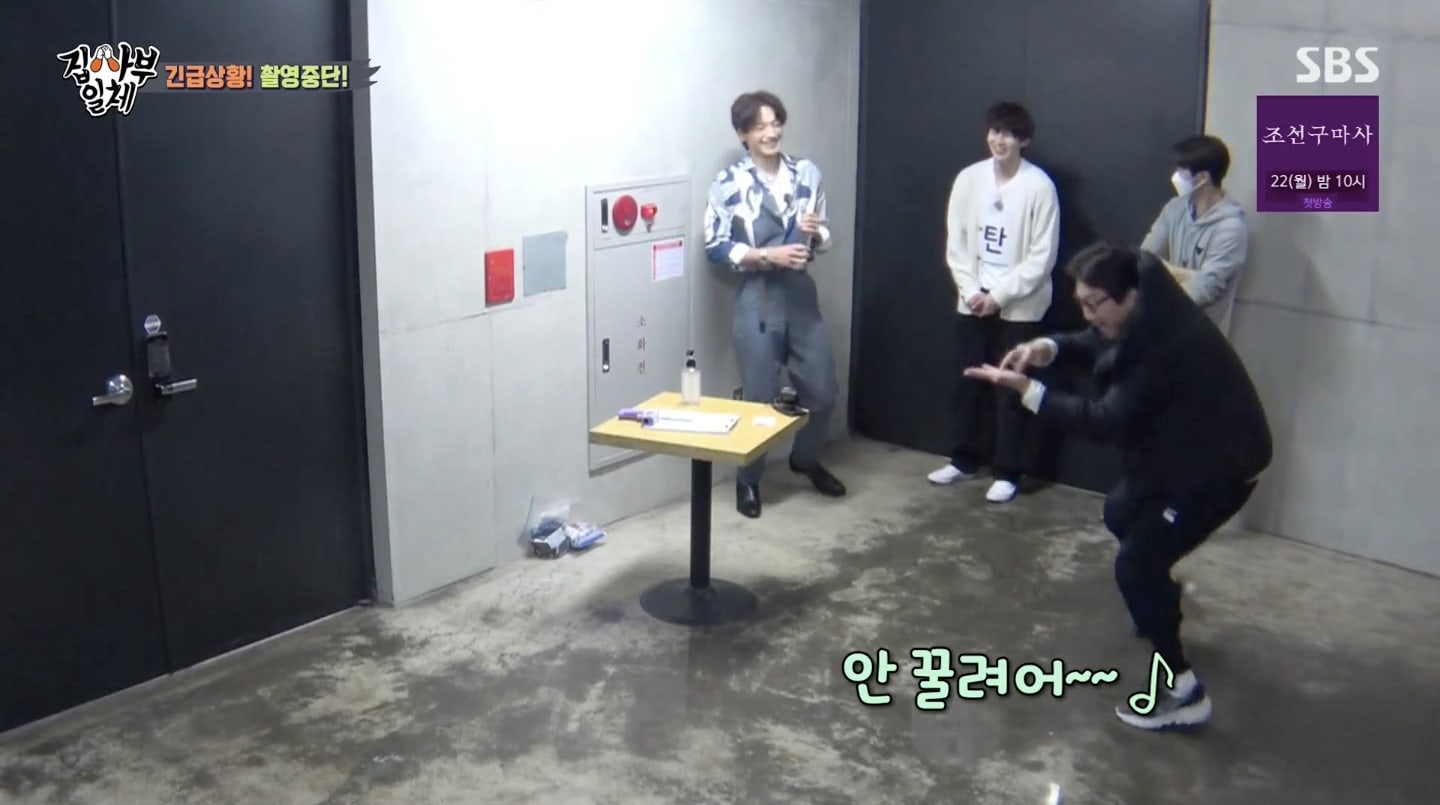 Completely fooled by Rain and Tan’s acting, the “Master in the House” members were shocked when Tan suddenly announced that his mother had arrived and wanted to speak to Rain. Tan went on to declare that he didn’t think he could continue with Ciipher, and Rain agreed to speak to his mother—who turned out to be Tak Jae Hoon in a wig.

As soon as Tak Jae Hoon walked in, the “Master in the House” cast began groaning and complaining as they realized what was going on. With a look of betrayal, Lee Seung Gi turned to Tan and exclaimed, “Tan, I empathized with you!”

Tan replied with an apologetic laugh, “I almost cried when you [comforted me]. I was so moved by what you said that I nearly cried.” 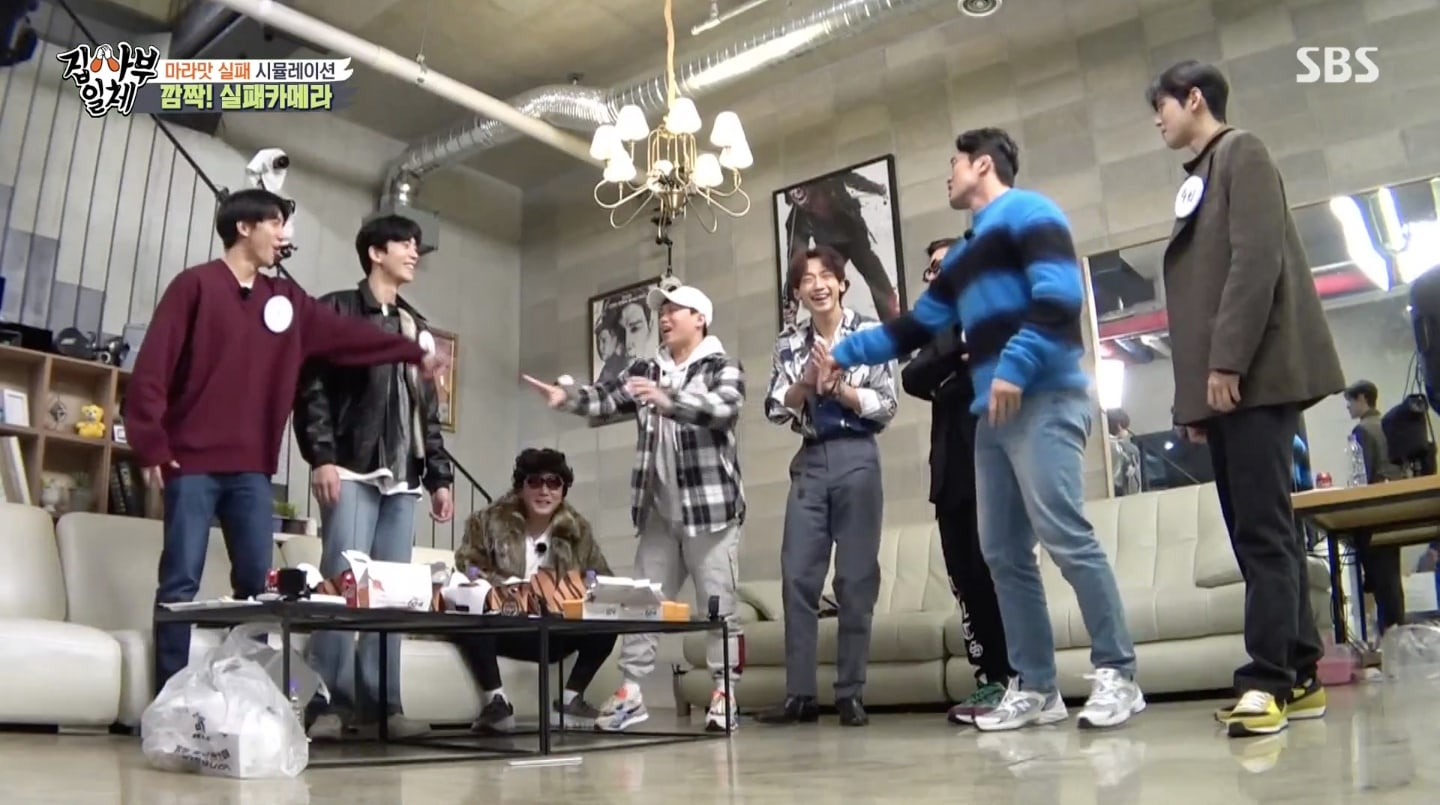 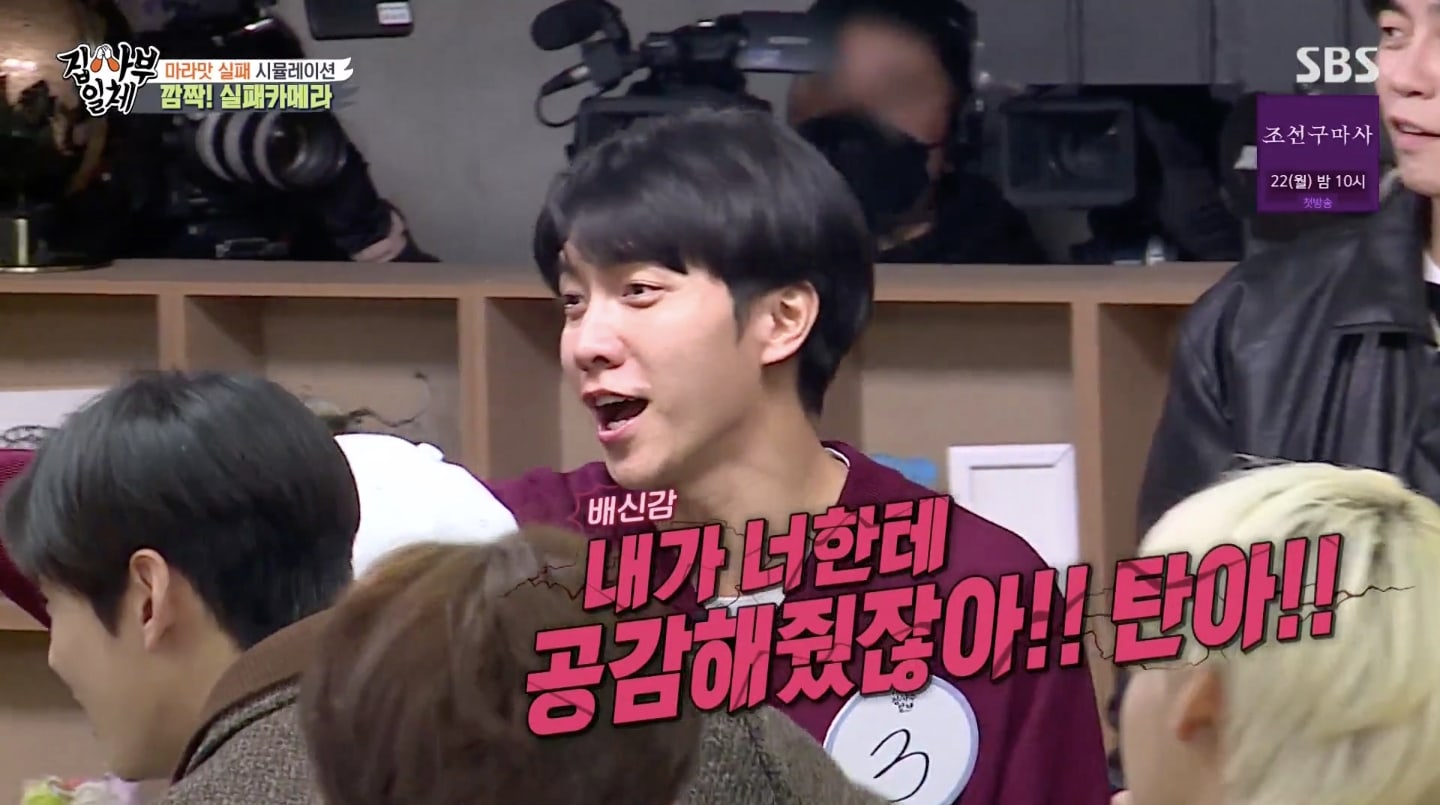 Tak Jae Hoon also pointed out that, not knowing the whole thing was a prank, Cha Eun Woo had been particularly sincere about evaluating Ciipher’s performances. Tak Jae Hoon mentioned that during a break from filming, Cha Eun Woo had told him he believed it was his duty to watch them carefully and offer feedback as a senior idol, and he even went so far as to take notes on his phone while they performed.

Rain chimed in that Cha Eun Woo had started acting coldly towards him after seeing him treat Ciipher badly, recalling with a laugh, “When he came back from the bathroom earlier, he didn’t even look at me as he walked by. I thought, ‘He must have been really disappointed in me.’” 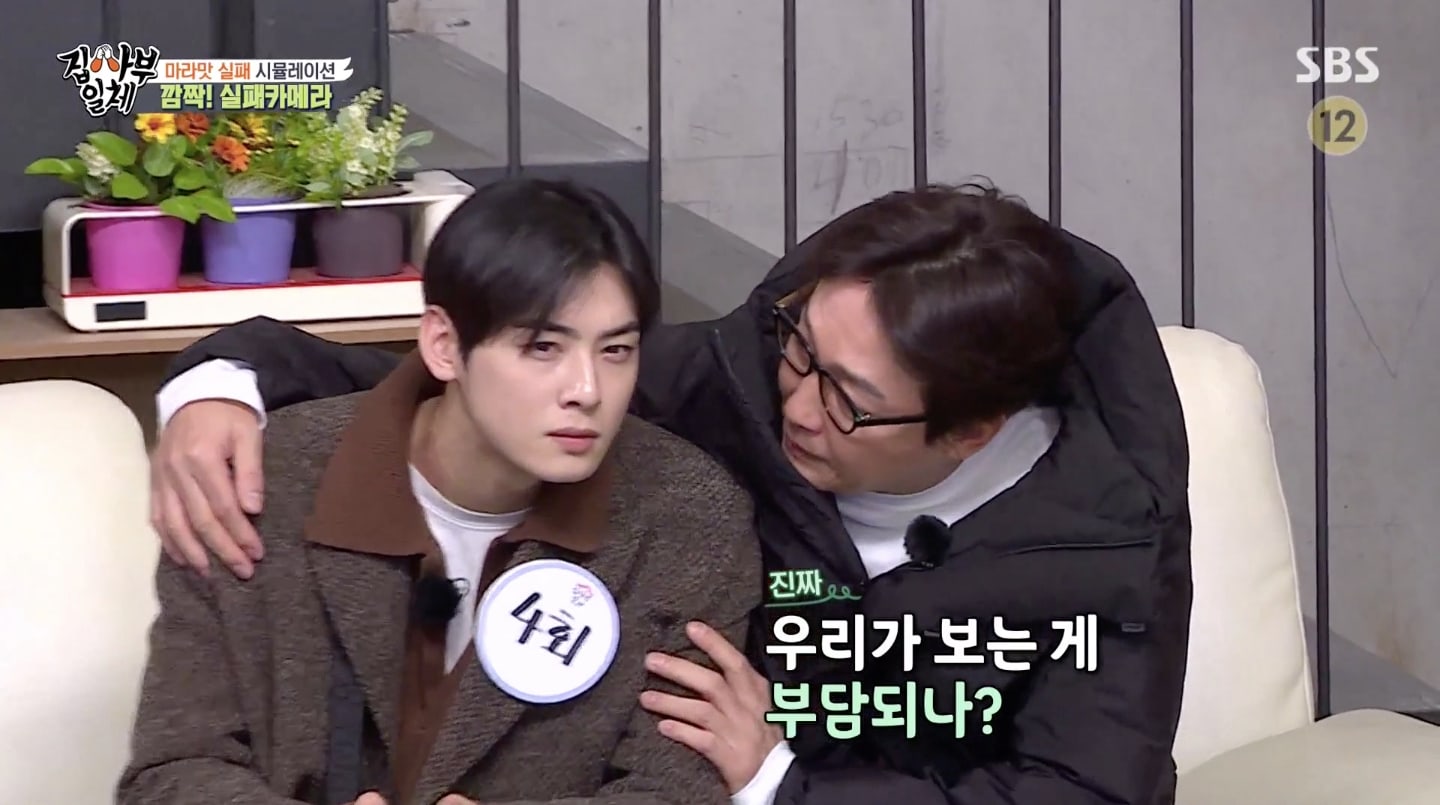 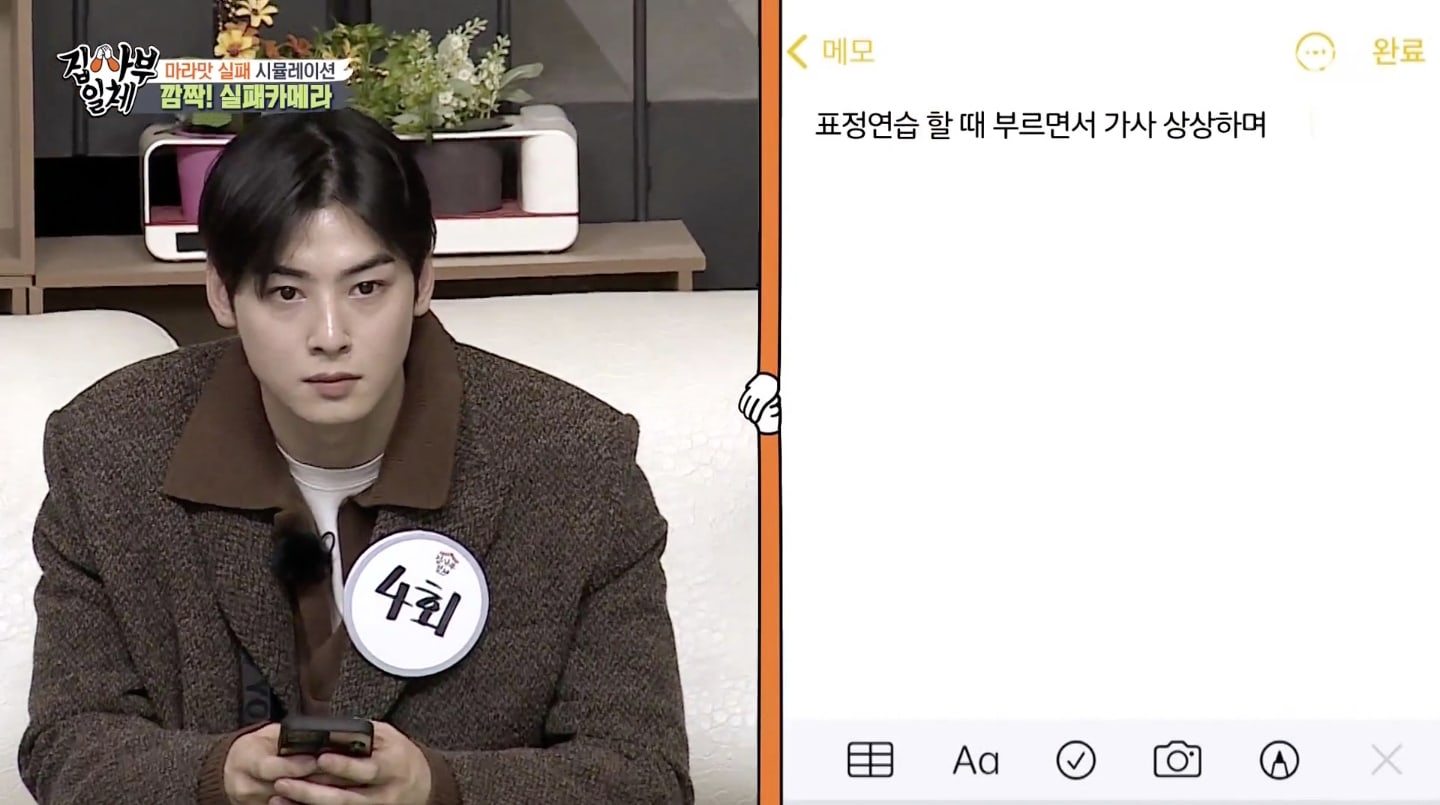 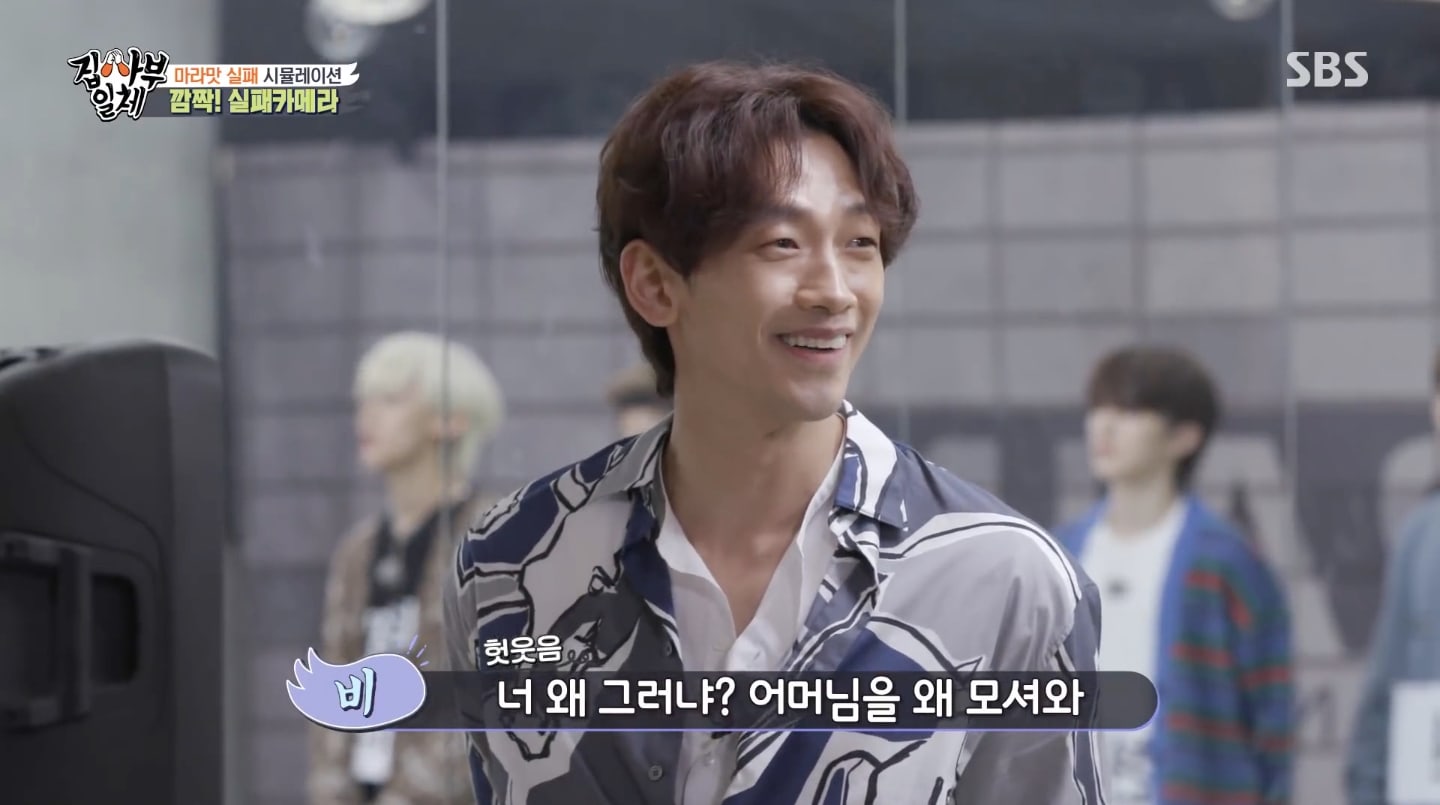 Rain went on to explain, “We felt like ‘Master in the House’ needed to experience some kind of failure. So, as a sort of ‘simulation of failure,’ we decided to pretend like the shoot had become a total disaster.”

Lee Seung Gi remarked, “I’m now in my 18th year of being on TV, and today was the first time that I thought to myself, ‘This shoot is done for. How do I wrap this up? I can’t see how to end this. It’s doomed. It’s my first time experiencing a failed shoot, but I should still try to work hard until the very end.’”

Check out two clips of the “Master in the House” cast nervously watching Ciipher’s performance and later realizing that they’d been pranked below!

Watch the full episode of “Master in the House” with English subtitles here: