The final episode is just hours away, but viewers can catch a glimpse of the cast’s amazing chemistry in the released clips.

In the first video, Park Eun Suk and Lee Ji Ah rehearse the scene where he embraces her after finding out her true identity. The two actors are very meticulous and thorough, and they go over every detail together. Park Eun Suk has to shoot his zoom-up scene twice, but Lee Ji Ah gets the green light after filming hers just once. She jokes, “Why do I get to do it once?” In response, her co-star quips, “Because you did a great job.”

Next, Kim Young Dae and Kim Hyun Soo team up to film their characters’ heartfelt moment. The two actors professionally rehearse their lines together. A staff member comes to help them, and she points out Kim Young Dae didn’t know Kim Hyun Soo’s character Bae Ro Na was alive. Kim Hyun Soo looks at him in shock, and he admits he thought she was dead. 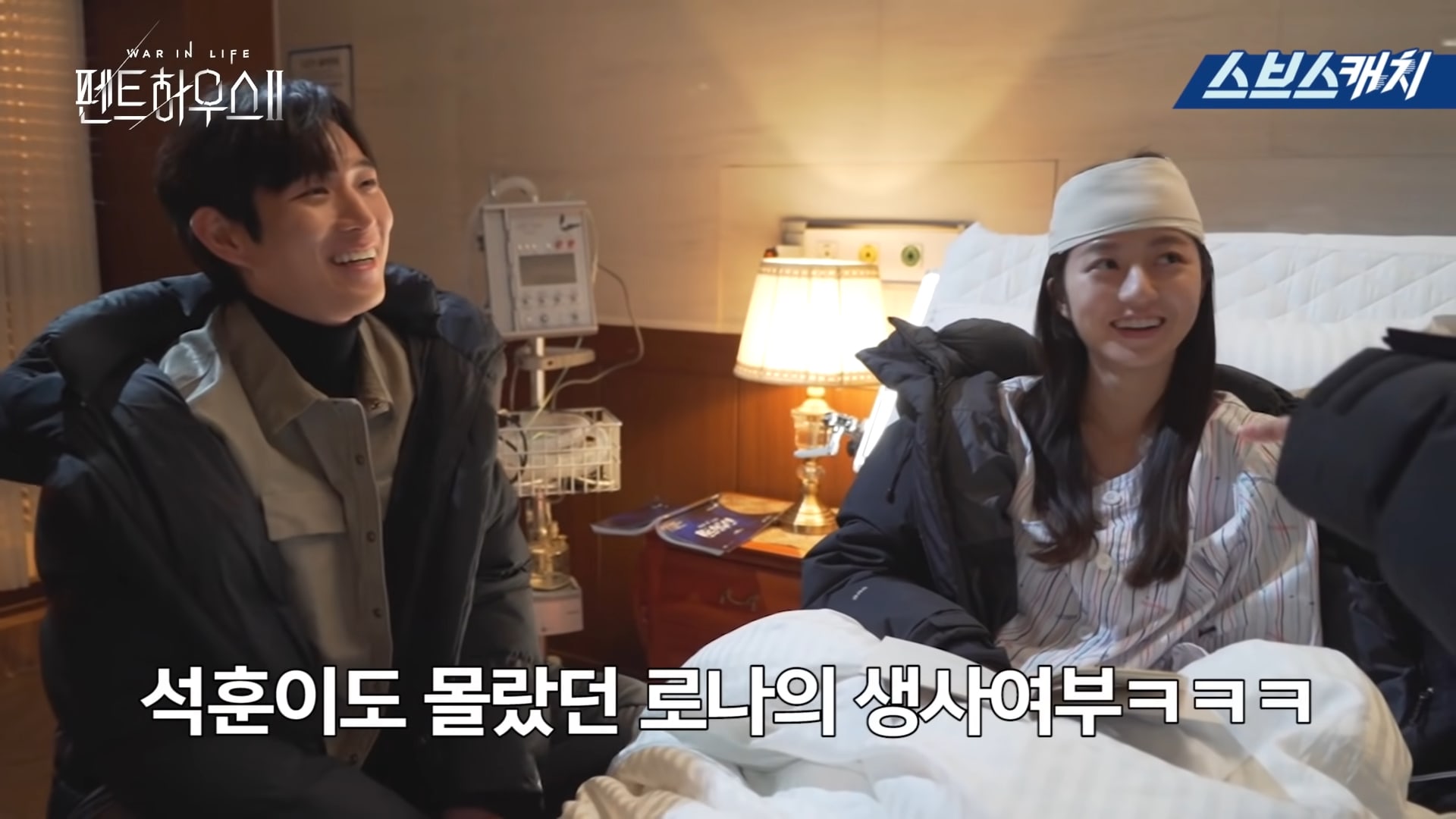 Lee Ji Ah arrives on the set as Na Ae Gyo. Someone calls out, “Seok Hoon (Kim Young Dae’s character), your mom is here,” and Kim Young Dae jokes, “She’s not my mom,” referring to the fact that Shim Soo Ryeon (Lee Ji Ah’s other character) is Joo Seok Hoon’s real mom. Kim Hyun Soo is amazed by Lee Ji Ah’s transformation into Na Ae Gyo, and Lee Ji Ah asks, “This is your first time seeing me, right?” Kim Young Dae adds, “Actually, I’ve only seen Na Ae Gyo twice, so I feel a bit awkward.” However, viewers can catch their sweet mother-son moments in the video as they go over their lines and take pictures together. 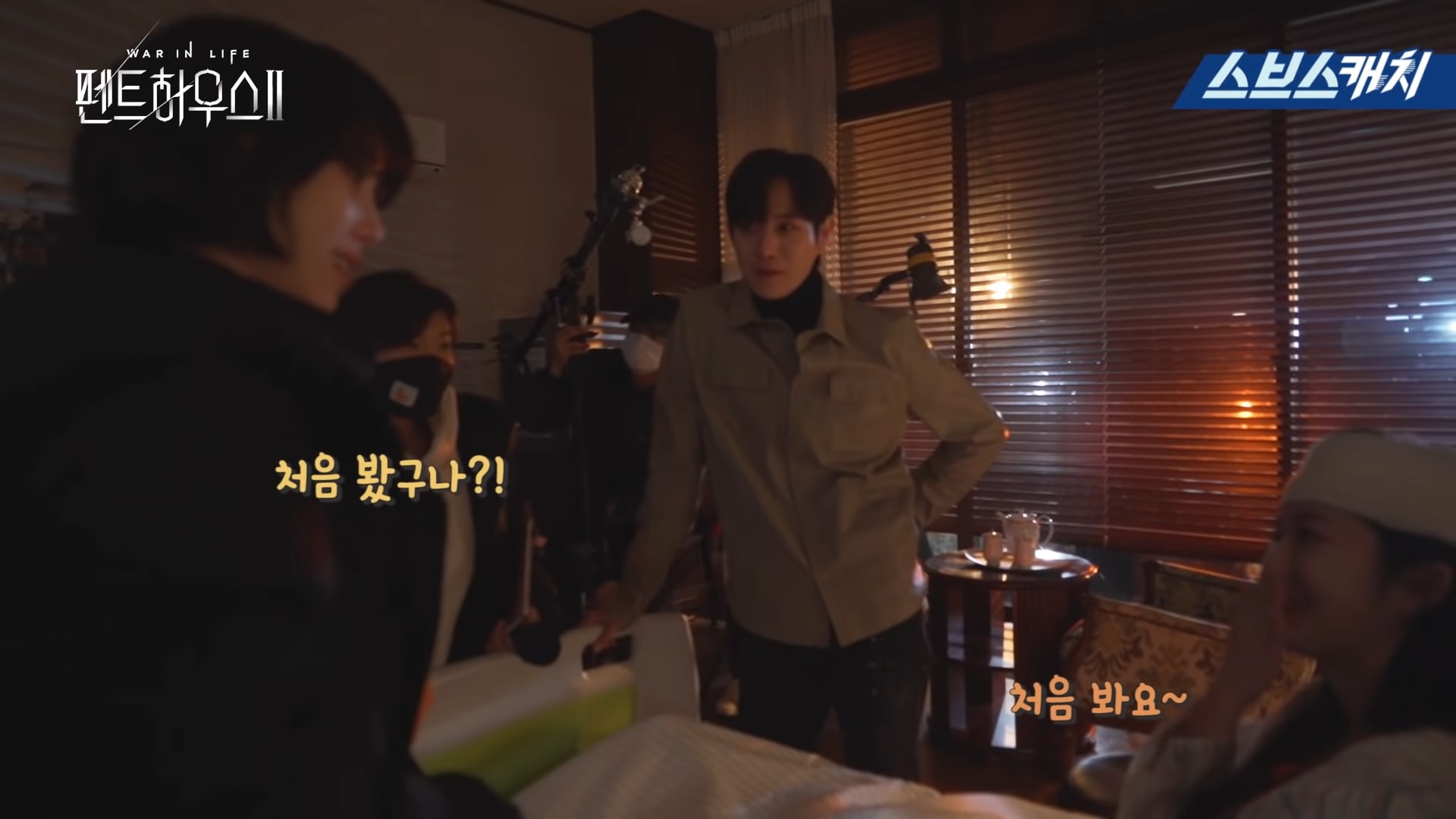 The second video shows more of the actors’ great chemistry!

Park Eun Suk and Lee Ji Ah team up once more for their kiss scene. During rehearsal, Park Eun Suk explains how he’s going to go in for the kiss, and Lee Ji Ah can’t help but laugh. While waiting for filming to start, Park Eun Suk admits he couldn’t sleep the night before, and Lee Ji Ah asks, “Why? Because of this scene?” Laughing, she leans in towards the camera and comments, “He said he couldn’t sleep last night.” Then she reassures him it’ll be okay, and he looks to the camera and confesses, “Because my heart was beating fast.” 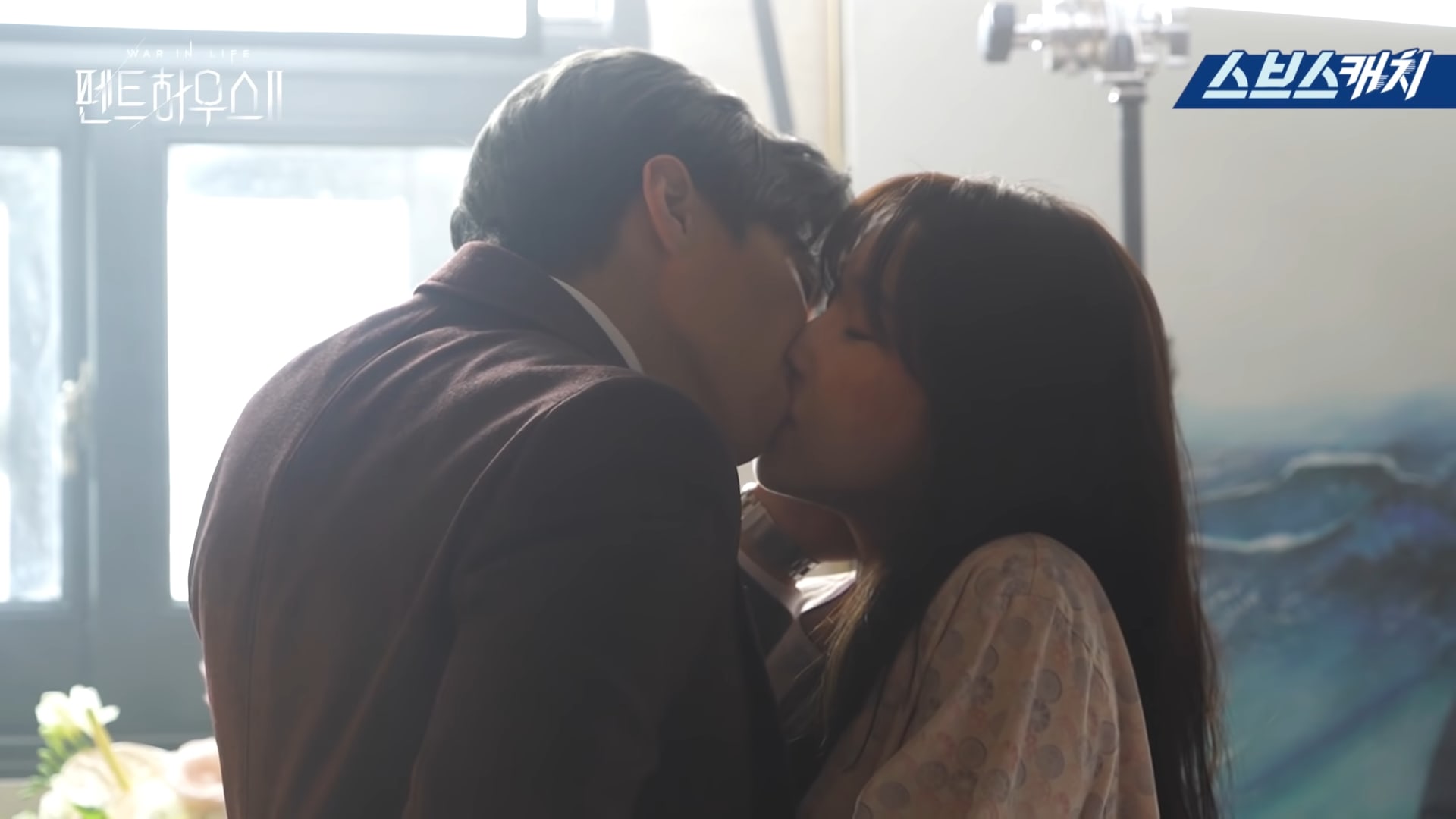 Yoon Jong Hoon is in high spirits as he gets ready for his sweet flashback scene with Eugene. Chuckling, he comments, “This is my last memory with Oh Yoon Hee (Eugene’s character).” The actor lies on his stomach on the bed, and at the director’s request for him to pose in a cute way with his hands under his chin, he covers his face in embarrassment.

Eugene brightens the set with her appearance, and the two actors readily immerse into the romantic mood. They lie down and gaze sweetly at each other. Once the director calls “cut,” they struggle to sit up. Eugene keeps saying, “My goodness,” and Yoon Jong Hoon jokes, “We have trouble getting up because we’re old.” 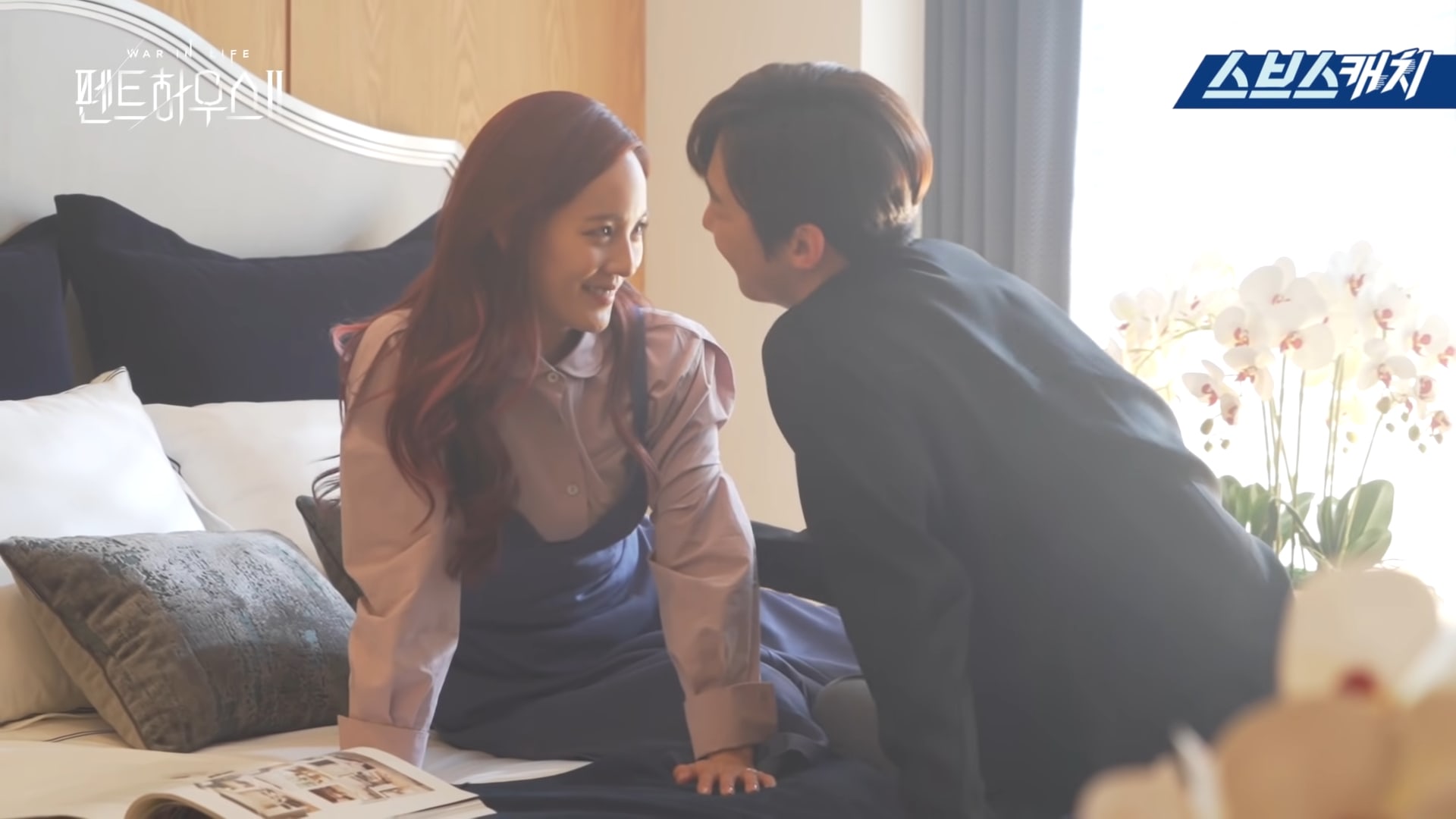 Watch the making-of videos below!

Catch up with the drama here: