Watch: Ahn Hyo Seop And Kim Yoo Jung Are Busy Brainstorming Ideas On Set Of “Lovers Of The Red Sky”

“Lovers of the Red Sky” is a historical fantasy romance drama starring Kim Yoo Jung as the Joseon Dynasty’s only female painter, Hong Chun Gi, who was born blind but miraculously regains vision. Ahn Hyo Seop stars as the blind astrologer Ha Ram, who is able to read the starts despite losing his sight. Gong Myung co-stars as the romantic and free-spirited Prince Yangmyeong, a lover of the arts who falls for Hong Chun Gi.

Kim Yoo Jung is full of ideas about how to portray the scene more romantically. The staff members listen to her suggestions and coordinate the movements with her. Once filming starts, Ahn Hyo Seop follows the new directions, and there are some bloopers here and there, but in the end, they are able to create a sweet scene where Ha Ram protects Hong Chun Gi.

Gong Myung also appears to film the art contest scene. He perfectly exchanges lines with Ahn Hyo Seop but sways uneasily at the very end. Gong Myung jokingly scolds the staff member on the ground who is holding onto him to fix his position, saying, “How much are you pulling on me?” She apologizes, and he adds, “It’s okay. I was just really surprised!” 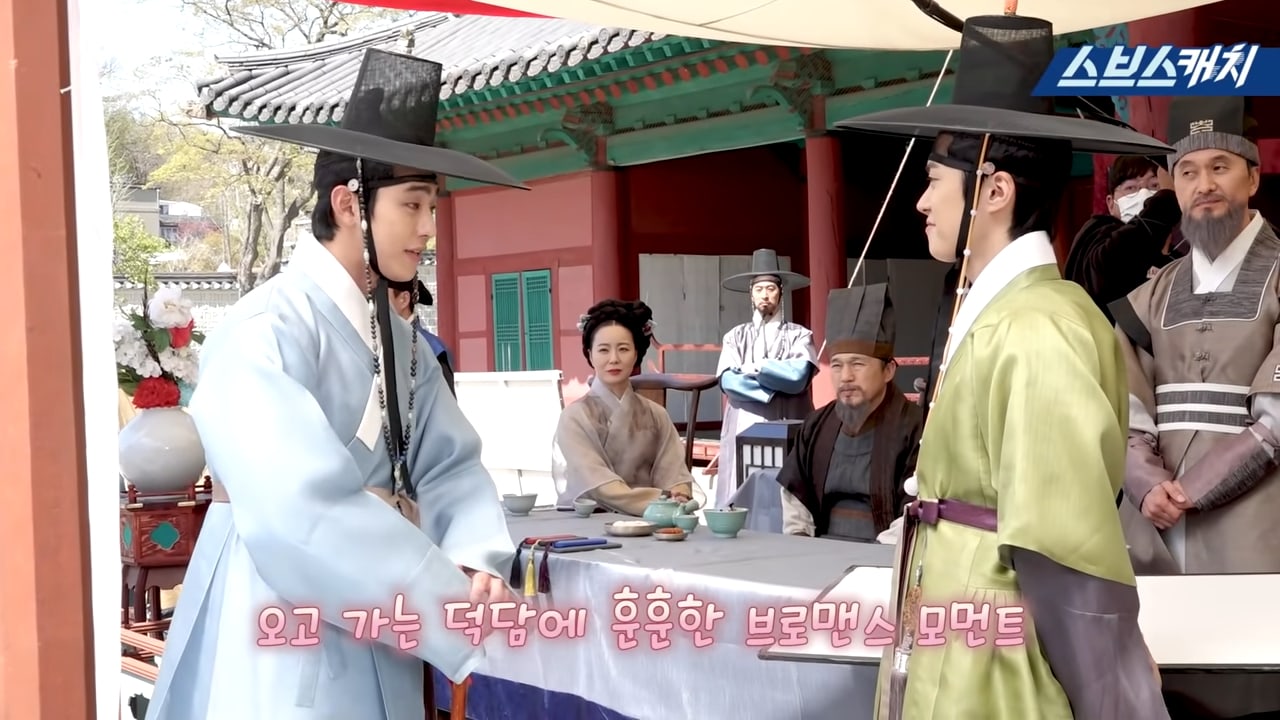 “Lovers of the Red Sky” airs every Monday and Tuesday at 10 p.m. KST. Watch the full making-of video below!