This Is How Jung HaeIn’s Latest Netflix Original “D.P.” Performed On Netflix Worldwide

Netflix’s latest Korean original “D.P.“, starring Jung HaeIn and Koo KyoHwan is proving impactful for a wide audience, as can be seen from its performance worldwide on Netflix. After premiering to raving reviews, the drama maintained a continuous streak of success over the week of its release.

The story revolves around the “Deserter Pursuit” unit or the “D.P.” unit of the military that is designated the task of bringing back military deserters. A dilemma around whether it is alright to desert and at the same time, whether it is fair to bring them back, forms the central conflict of the narrative. Jung HaeIn plays Private An JunHo and Koo KyoHwan plays Han HoYeol, the head of the D.P. unit. 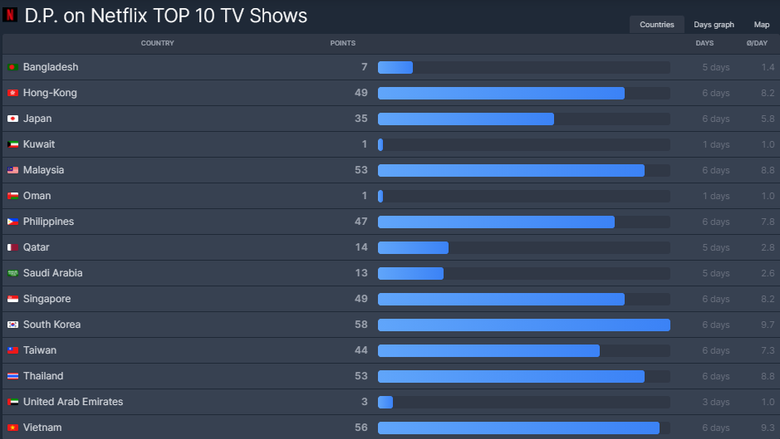 Are you watching “D.P.”? Share your thoughts with Kpopmap in the comments section down below!