Lee Ji Hye and Solbi appeared as guests on the March 21 broadcast of SBS’s “Master in the House”!

The two artists took part in the audition for “Failed Star K.” When ASTRO’s Cha Eun Woo arrived to take them to the audition, Lee Ji Hye asked, “Do you happen to know S#ARP?” which was the co-ed group she was a part of from 1998 to 2002. Confused, Cha Eun Woo asked, “You go to the same shop [term referring to a hair salon] as me?” However, when she sang their hit song “Tell Me Tell Me,” Cha Eun Woo revealed that he was familiar with the song.

Similarly, Solbi asked, “You know I was in Typhoon, right?” However, Cha Eun Woo replied, “Like the storm?” putting the two at a loss. Lee Ji Hye and Solbi both quickly gave up, and Cha Eun Woo apologized saying, “I’m sorry I don’t know.”

For the interview, Solbi had written that she had failed at promoting as a group because Typhoon had disbanded. Tak Jae Hoon asked, “Who caused Typhoon to disband?” and Solbi confidently stated, “It’s the company’s fault.”

Solbi further explained, “Of course, I was at fault too, but the company at the time was bankrupt.” Tak Jae Hoon asked, “Could you have continued with Typhoon until the end? Were you in such a position?” Solbi defended herself by sharing, “Yes. I was the main vocalist and leader. Do you know Typhoon?” Tak Jae Hoon replied, “I only know about being penniless [Korean word rhymes with Typhoon].”

When the cast asked Lee Ji Hye why S#ARP had disbanded, Lee Ji Hye replied without hesitation, “It’s Seo Ji Young’s fault.” Since the group was known to have disbanded due to conflict between Seo Ji Young and Lee Ji Hye, she clarified, “I just said that to be funny.” When Lee Sang Min asked why Cha Eun Woo didn’t laugh, Solbi commented, “Earlier, he said he went to the salon.” 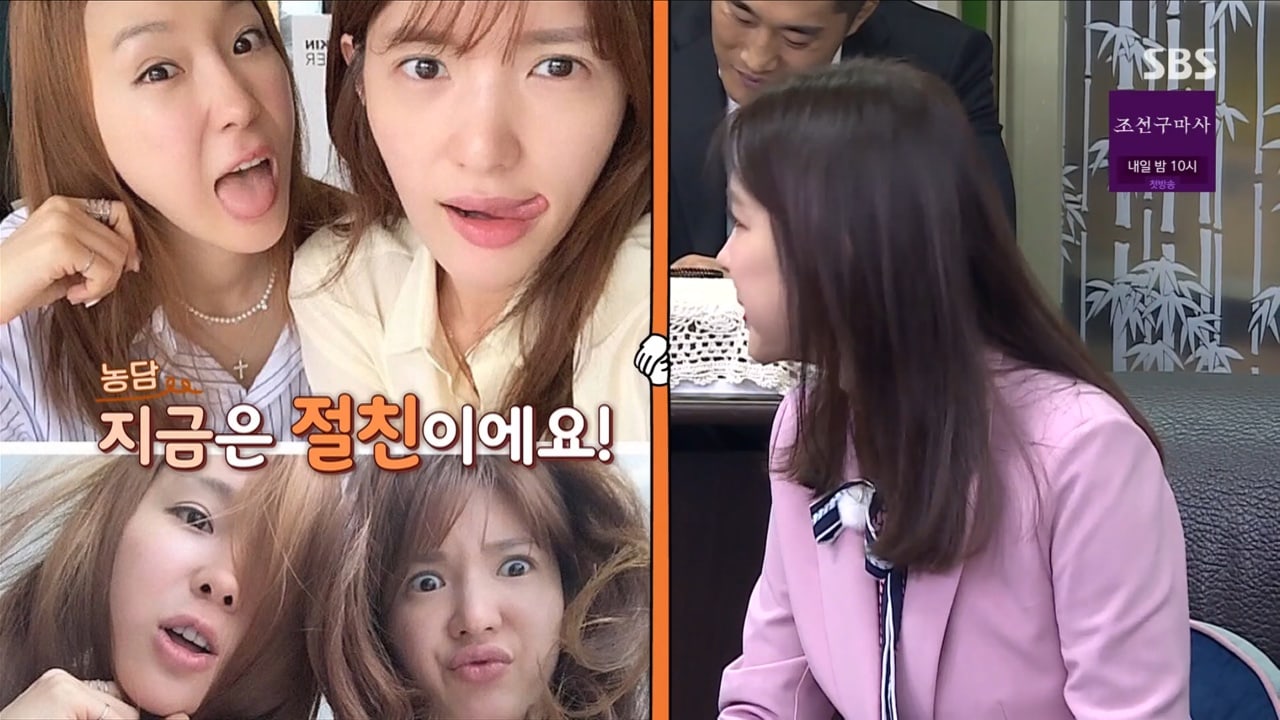 Watch a recent episode of “Master in the House” below: