Moon Se Yoon and Ravi made a surprising transformation on the latest episode of KBS’s “2 Days & 1 Night Season 4”!

On the September 12 episode of the show, the cast gathered early in the morning to begin filming. Kim Jong Min, Yeon Jung Hoon, DinDin, and Kim Seon Ho showed up first, followed by Moon Se Yoon and Ravi, who appeared with bright pink hair. 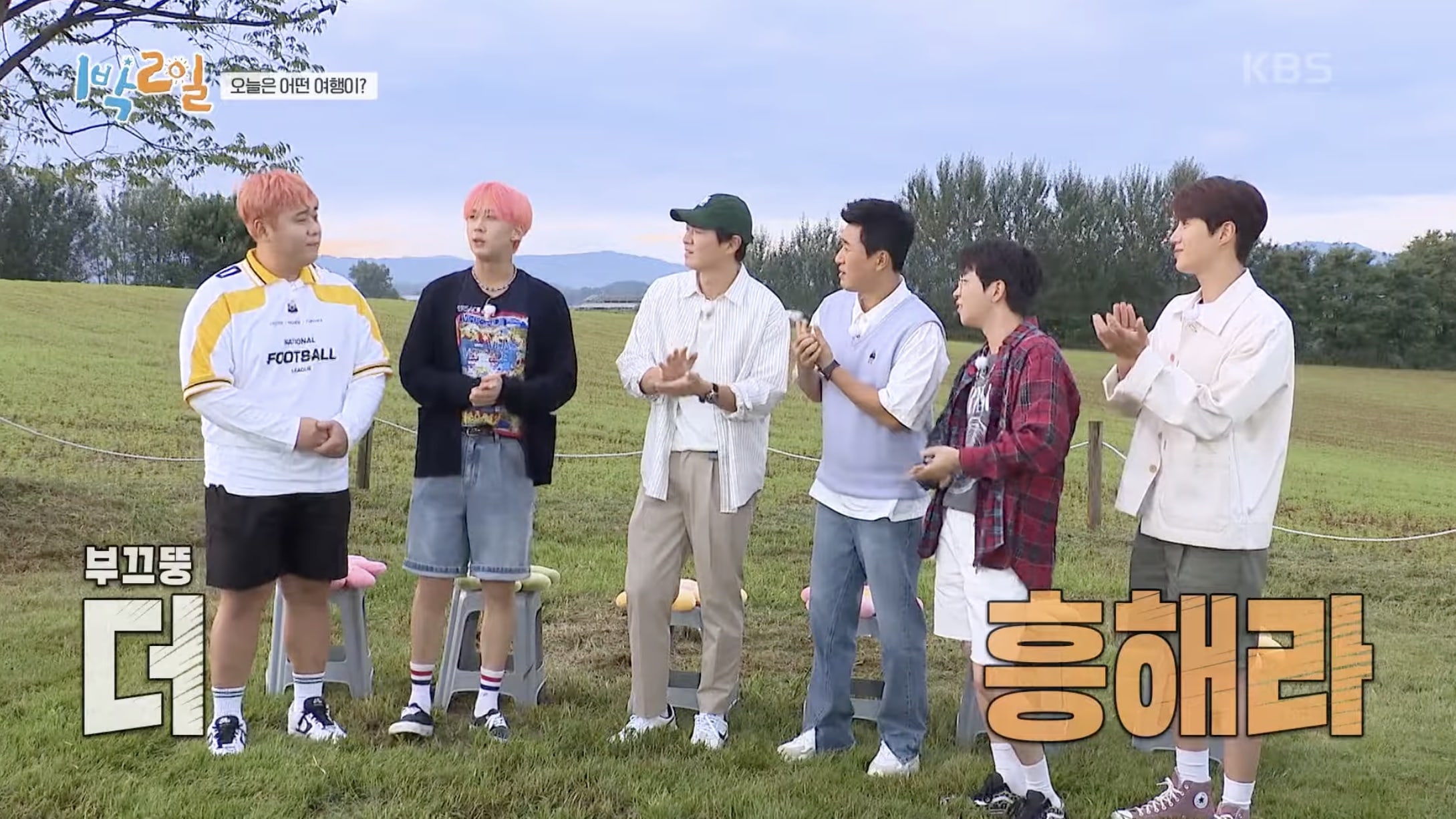 In a previous episode of the show, Ravi and Moon Se Yoon had promised that if their song, “SHY DDOONG,” entered in the Top 100 of any music chart, they would dye their hair pink. “SHY DDOONG” is a song made by Ravi for BOOKKU DDOONG, Moon Se Yoon’s alter ego. Ravi also features on the song as a rapper, and the two wear bright pink wigs when they perform the song onstage. 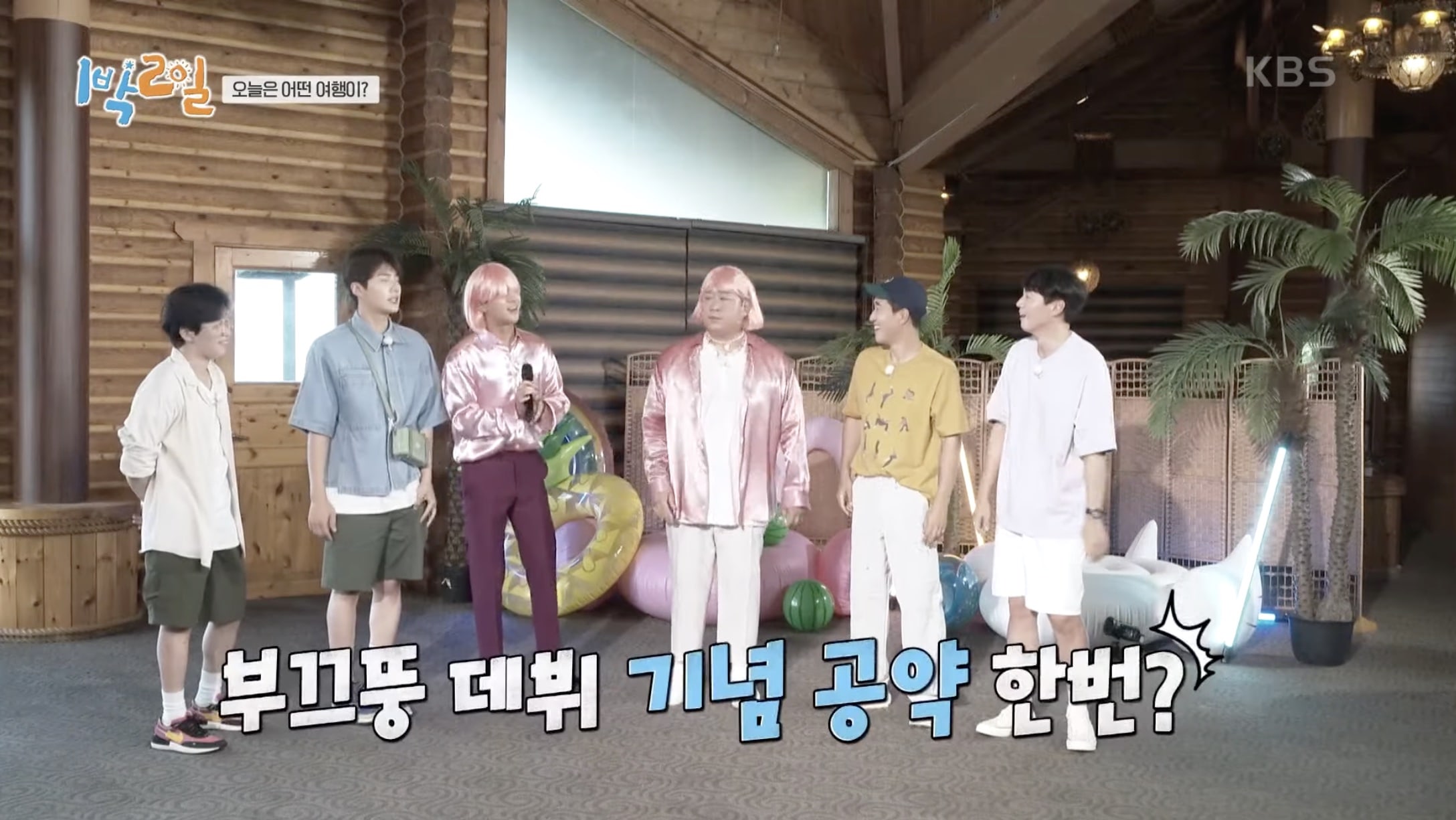 After the “2 Days & 1 Night” episode where Moon Se Yoon and Ravi performed the song for the first time, the song rose as high as No. 11 on a music chart. As a result, the two of them fulfilled their promise by filming the opening of the show with dyed pink hair. 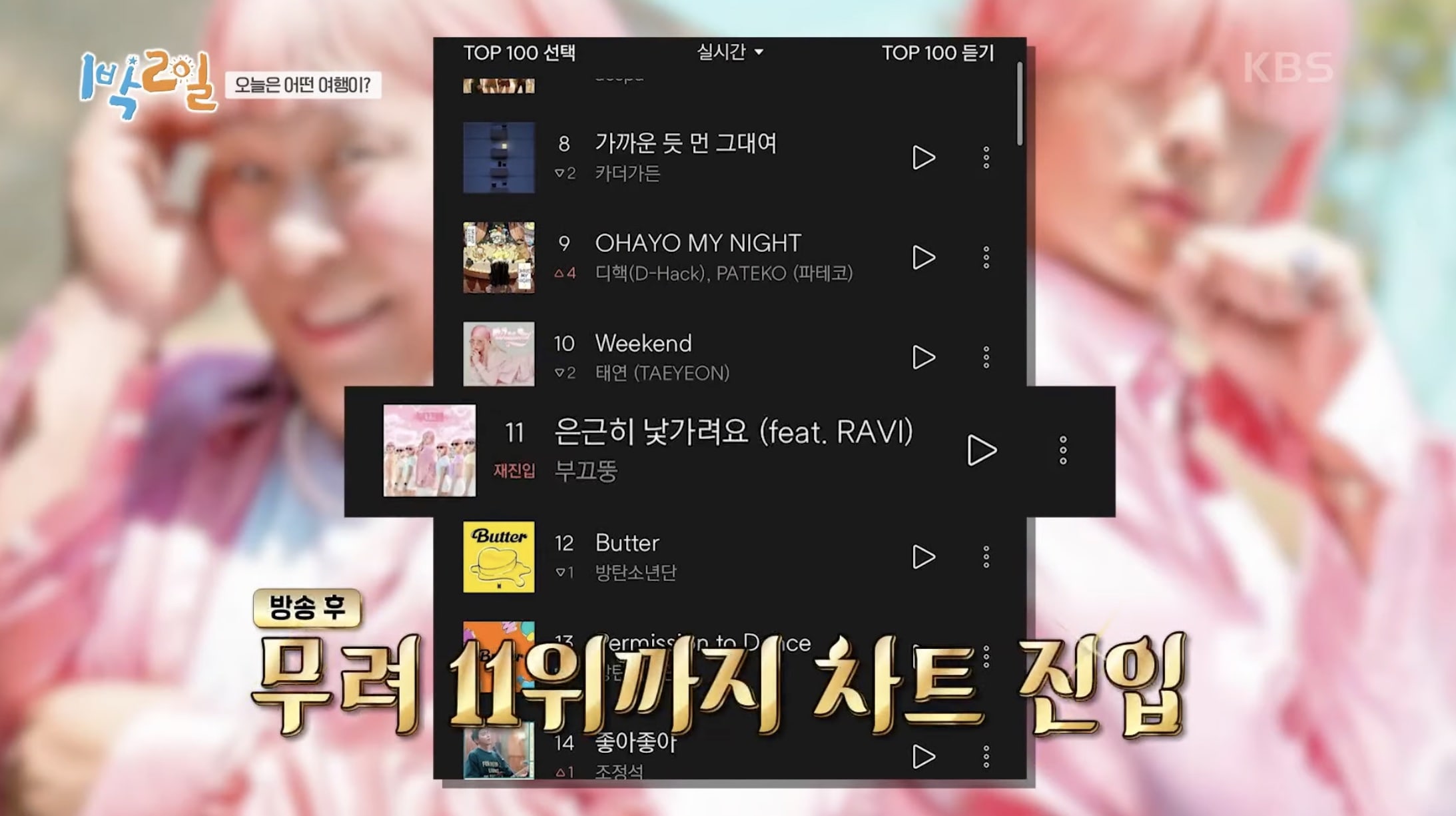 However, Moon Se Yoon’s dye was already starting to fade, and Ravi said, “He was so busy that he had to do it three or four days ago.” Moon Se Yoon added, “I had to bleach it about two or three times. I was able to withstand the pain because the song had done well.” 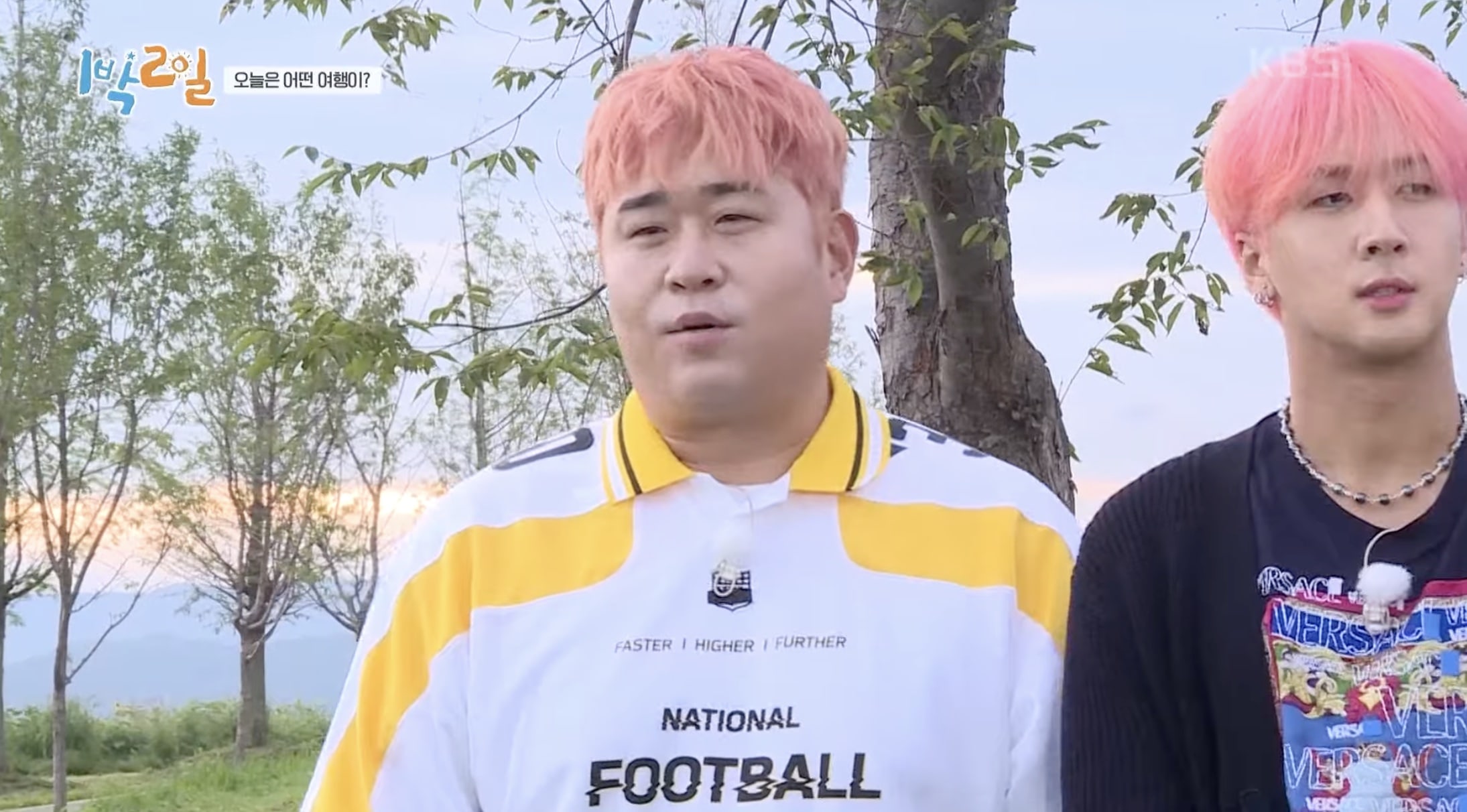 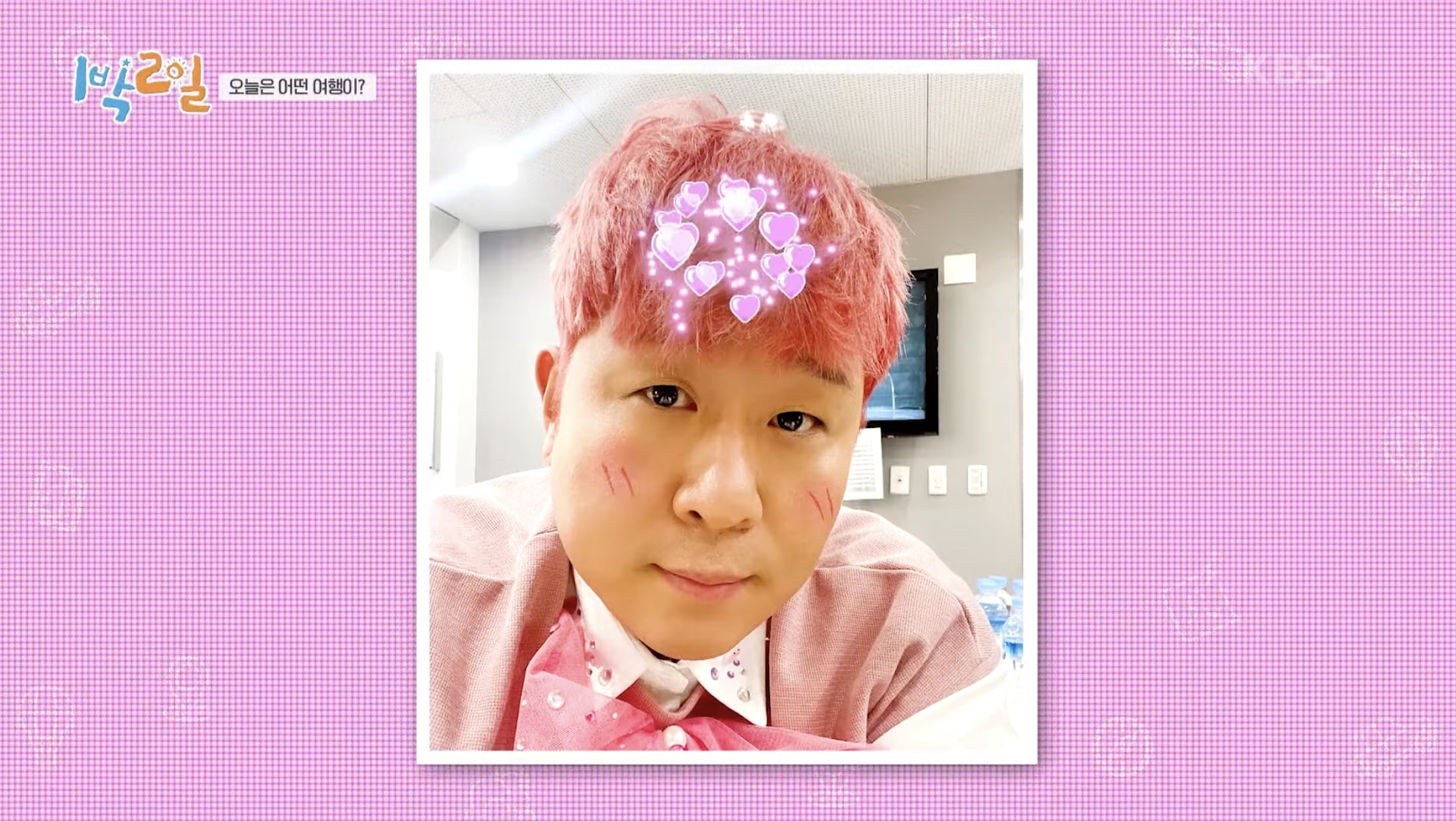 Ravi said, “A lot of people listened to it, and many characters who have ‘pink’ as part of their concept contacted us.” Moon Se Yoon added, “Please keep listening to it for just two more days.” 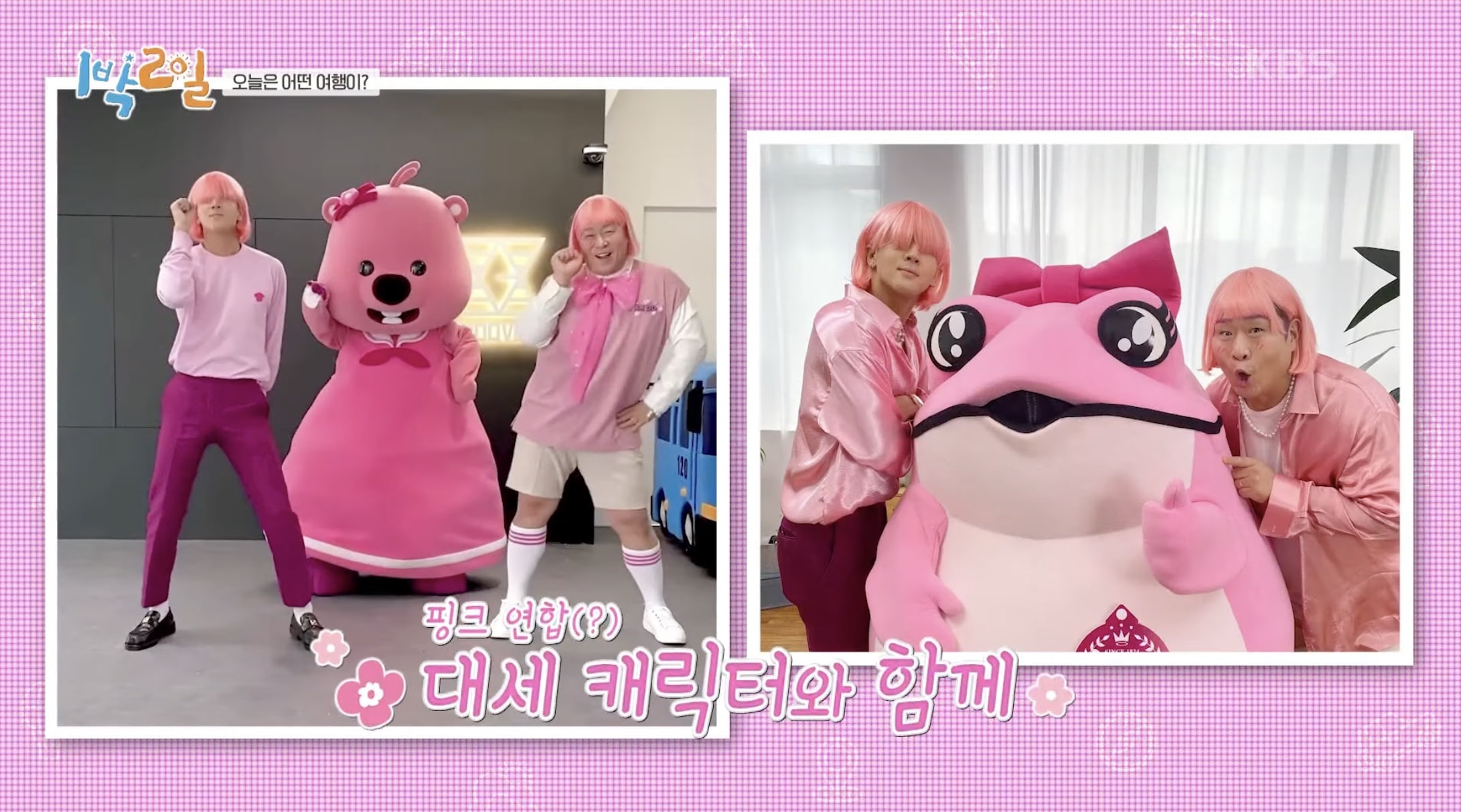