Park ShinHye sat for an interview for The Swoon (Netflix). The top Hallyu actress is currently acting in the action fantasy mystery drama “Sisyphus: The Myth” aired on JTBC and available on Netflix.

“Sisyphus: The Myth” tells the journey of a genius engineer (Cho SeungWoo) who is trying to reveal the hidden livings of our world and of a savior (Park ShinHye) who had come for him from a dangerous road. Park ShinHye is acting as SeoHae who is a strong warrior and who is the master of all the survival skills.

The actress was asked to answer what will she do if she was put in the same situations as her character.

At “if you had the chance to go back to the past through the “uploader” would you”?, Park ShinHye answered “I wouldn’t go. I am who I am now because of those regrets. It’s normal to have regrets. They keep you from making the same mistakes again. I like it as it is now.” 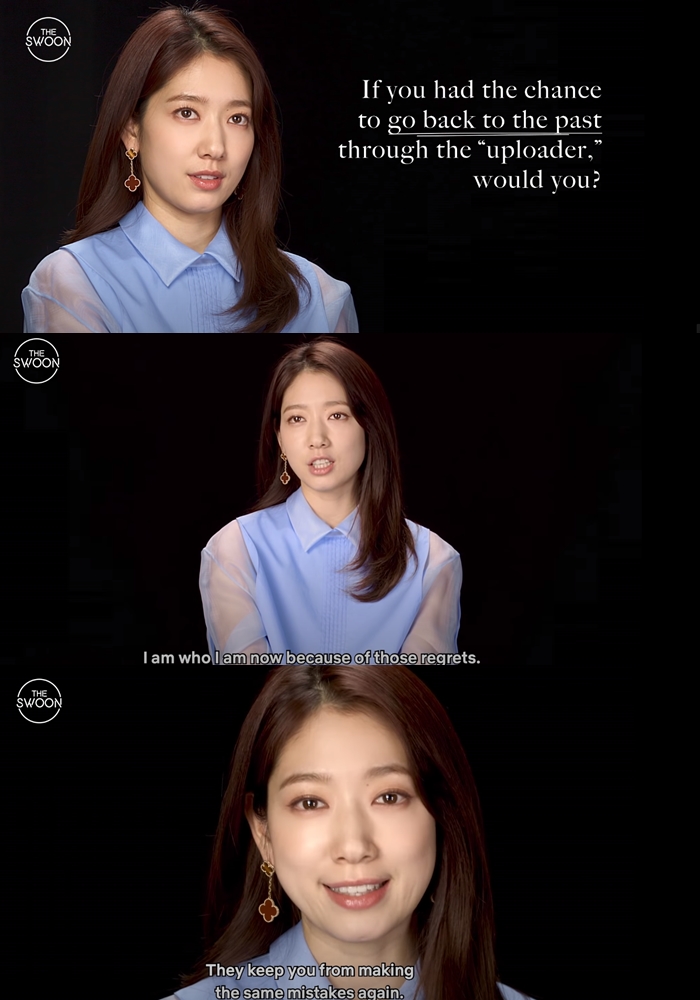 Park ShinHye gave a mature and wise answer. Her answer will sound relatable to many too. Fans were impressed one more time by the actress’s humbleness too.

You can find all her answers with English subtitles below.

What would you do? Would you go back to the past?