“Navillera” Narrates The Heartwarming Story Between An Old and Young Ballerino

Based from the webtoon of the same title, Navillera chronicles the lives of two men — an old and young man, who both pursue their passion for ballet.

As the saying goes, it is never too late to chase after your dreams. That particular quote pretty sums up the whole premise of this new Netflix series. One, who is past one’s prime but is hopeful about the future, while the other who is young but struggling to lift himself back up from his dreadful past. 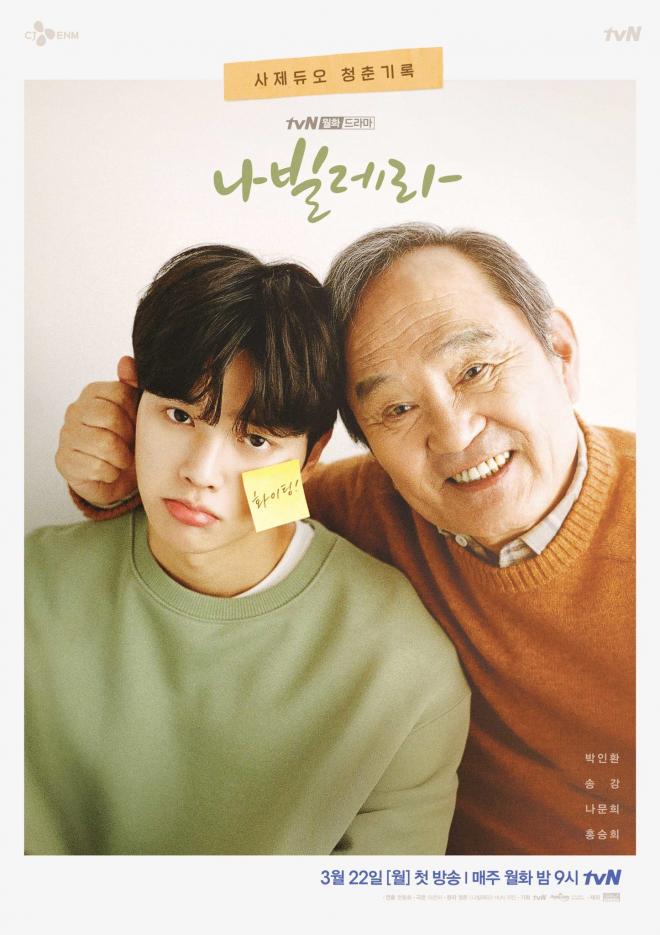 “As you get older, you get used to goodbyes.”

Navillera opens with a sad scene where Deok Chul (Park In Hwan) pay his respects at the funeral of his friend. Looking all gloomy with his closest friends, they all recounted their lives, from then until now.

As they go on talking, one of them finds it strange that he’s not crying even though their friend died. Deok Chul responds that as one gets older, he’ll get used to saying goodbyes.

After the funeral, he went to visit one of his sick friend at the hospital. He happened to pass by a ballet studio, and heard a classical music and got intrigued. While following the sounds, he saw a young man dancing ballet. From the looks of it, it was no doubt that he was astonished by the dancer’s splendid moves. 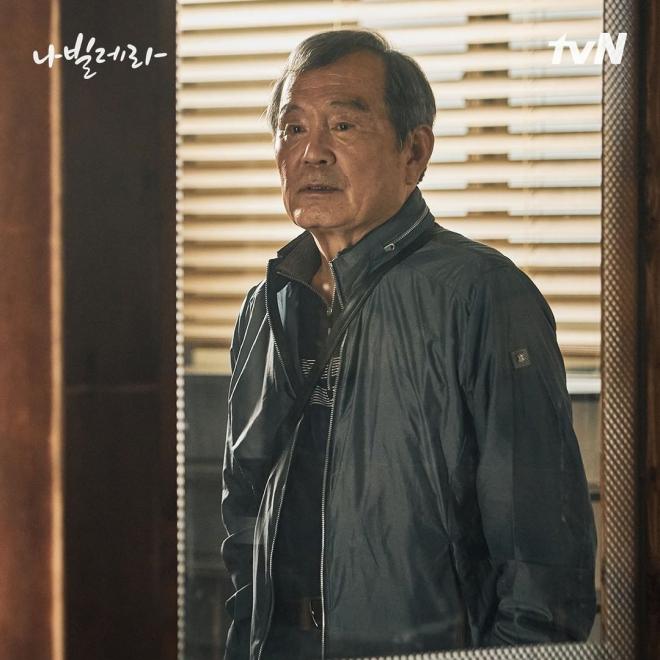 Lee Chae Rok (Song Kang) is a promising ballet dancer with great potential. However, he is currently going through a career slump. His coach, former ballet star Ki Seung Joo (Kim Tae Hoon), is pouring all his patience towards Chae Rok’s stubbornness and lack of focus during practice.

As someone who lives alone —his father in prison and mother deceased — Chae Rok has lived a solitary life. He works part time as a restaurant waiter to sustain his needs. It also seems that he was overtaken by depression.

His former schoolmate, Yang Ho Beom (Kim Kwon), who’s likely affected by his father’s past misdemeanor, often visit Chae Rok’s workplace and bully him. Despite that, he still put up with the humiliation and carries the burden as an act of guilt. 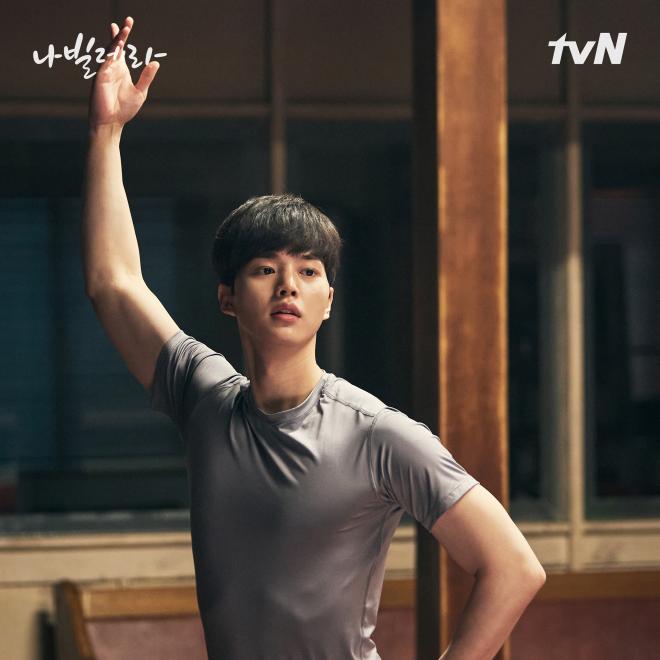 At the age of seventy, Deok Chul (Park In Hwan) believes that he has done a really great job as a son, husband and father to his family. However, there’s one thing missing in his life — his childhood dream of becoming a ballet dancer. He was always passionate about it, but never got an opportunity to learn because of his father’s disapproval.

Realizing that he’s running out of time, Deok Chul comes to a decision to start learning ballet. It’s now or never! He then visit the ballet studio again and asked if someone could teach him. At first, the coach, Ki Seung Joo, declines him.

But seeing the old man’s determination, he eventually gave him a chance. He decides Chae Rok to be Deok Chul’s teacher, while Deok Chul becomes Chae Rok’s manager. 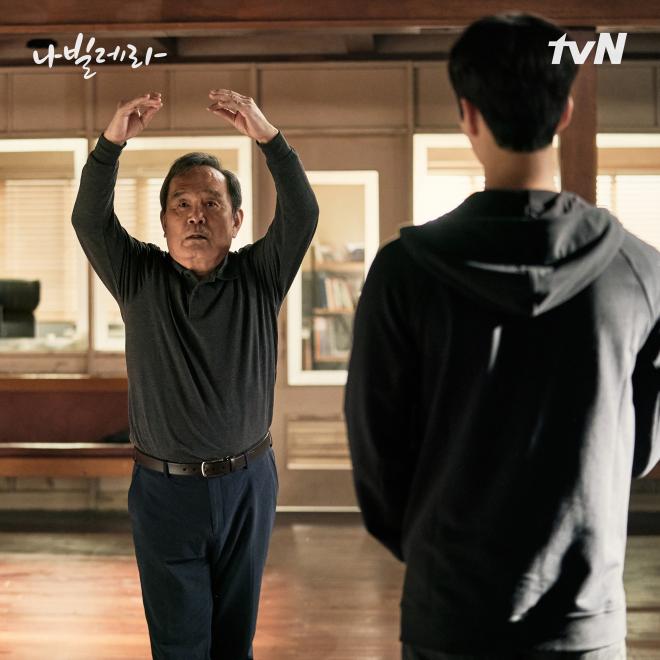 Through its unusual main tandem, Navillera‘s premiere week previews a promising story that will easily find its place on viewers’ hearts. Ever since last year, up to the present, K-dramas tend to showcase stories of youth. However this time, tvN’s latest production offers a more distinctive narrative.

Opening to a steady storytelling, I am looking forward to more insightful lessons and gladdening moments. The notion of having two contrasting characters — a young man and an old man who were both inclined in ballet — affirms an endearing and heartwarming flight moving forward.

While treading on life and dreams as its main theme, the drama had high chances to appeal any generation who is fond of inspiring and touching stories. 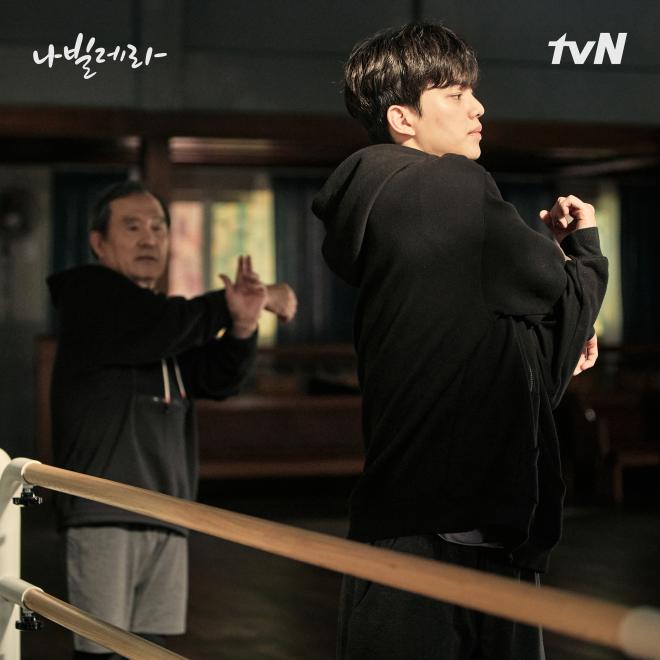 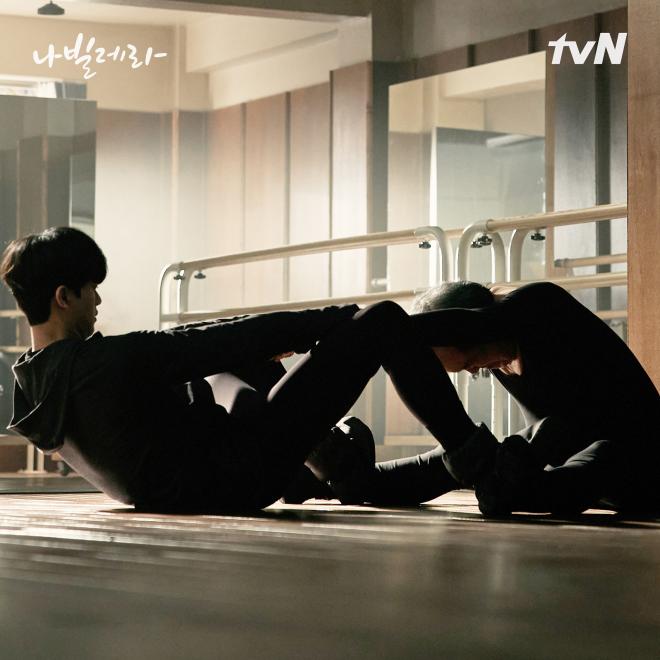 Through its opening week, we already get to see the amusing father-and-son dynamics between Song Kang and Park In Hwan as a comedic relief for the somber mood of the drama.

The genuine bond that will soon be formed between the gloomy teenager and his optimistic elderly student, will be the main driving point of the series. In the succeeding episodes, we will get to see how Lee Chae Rok will eventually warm up to his adorable manager, slash student, Shim Deok Chul— and I think that would be a wonderful sight to see. 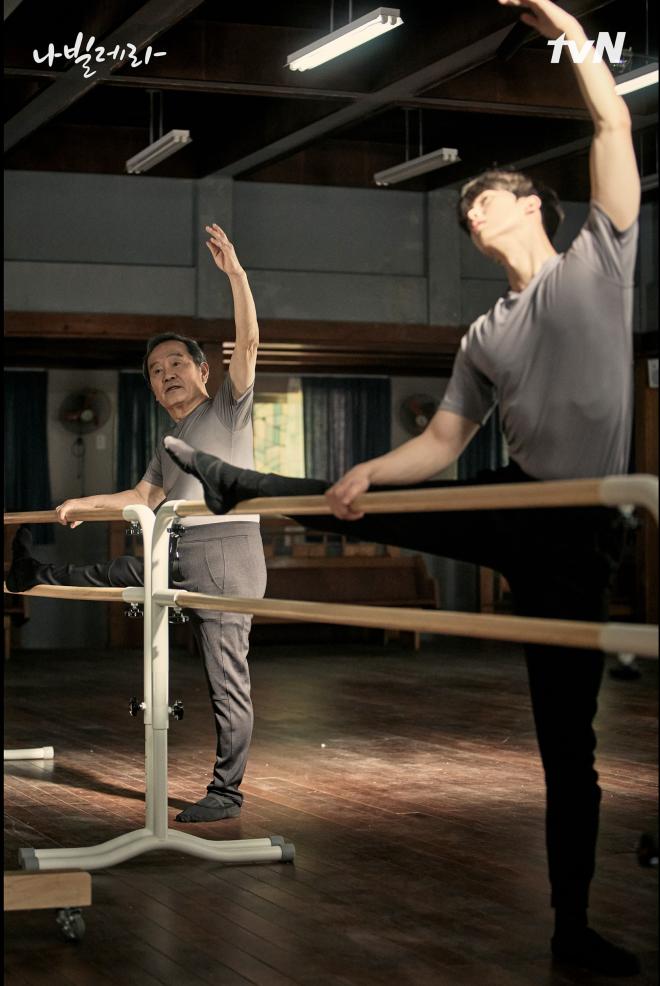 I am also putting my faith into Shim Eun Ho, Deok Chul’s granddaughter, who may become the love interest of Chae Rok. I am seeing a potential between the two (when he stood up for her towards the rude customer).

Also, I love the fact that Song Kang had vigorously prepare for his role by learning ballet for five to six months. Thanks to that, there are hardly signs of awkwardness whenever he’s dancing. He had successfully shifted into his Love Alarm role into the latest one. 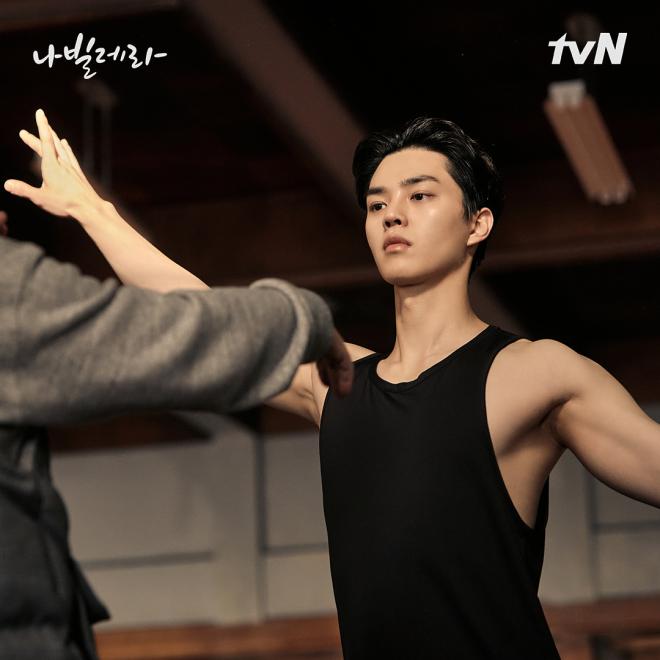 If you are a fan of dramas about friendship, dreams, life and family, Navillera would be the perfect choice for you. I highly recommend this Song Kang and Park In Hwan starrer. Join them as they form a memorable bond like no other.

Catch the latest episodes on Netflix.

Navillera airs every Monday and Tuesday at 9 PM (KST) via tvN.