MinHo Profile: From SHINee Member To Actor From “Hwarang” To “Lovestruck in the City” | Kpopmap

MinHo is an actor and a member of the K-Pop group SHINee
.

He made his debut as a member of SHINee in 2008. MinHo is the main rapper and sub-vocal, and his nickname is “Flaming Charisma“.

As a diverse entertainer, MinHo has the most active personal activities among SHINee members and is the most well-known in the masses in Korea.

He made a special appearance with SHINee members in the drama “My Precious You” in 2008 and appeared in a drama for the first time.

MinHo, who had been steadily acting, joined the Marine Corps, which was always his romance.

He completed the Marine Corps in January 2020, after which he starred in “Lovestruck in the City” and released a new album with SHINee.

Check out his filmography. 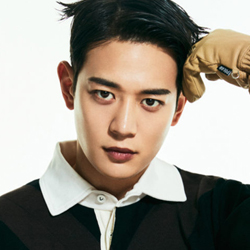 – To The Beautiful You (Major Role)

– The Most Beautiful Goodbye (Major Role)

2018 – The Princess and the Matchmaker (Cameo Appearance)

To The Beautiful You

Because It’s The First Time

The Most Beautiful Goodbye

The Battle of Jangsari

Lovestruck in the City