As Kim Seon Ho juggles his responsibilities on KBS’s “2 Days & 1 Night Season 4” with his new tvN drama, “Hometown Cha-Cha-Cha,” there was some overlap between these two worlds!

On the September 12 episode of “2 Days & 1 Night Season 4,” Kim Jong Min brought up the fact that “Hometown Cha-Cha-Cha” has garnered an explosive reception among viewers, topping buzzworthy rankings and scoring high ratings.

Kim Seon Ho modestly said that it was all thanks to “2 Days & 1 Night.” DinDin then asked why Kim Seon Ho’s character in the drama, Hong Doo Shik, speaks to everyone, even if they are complete strangers or if they are much older than him, in informal speech.

Kim Seon Ho retorted, “I learned it all from you.” DinDin immediately accepted this reply and said, “It was very natural, as if someone you knew really went around doing that.” Kim Seon Ho said, “It was you. At first, I was like, ‘What is this?’ But later it felt affectionate. It turned out I didn’t need to do any particular character analysis for the role.” DinDin concluded, “I’m glad that I could be of some use for your acting.” 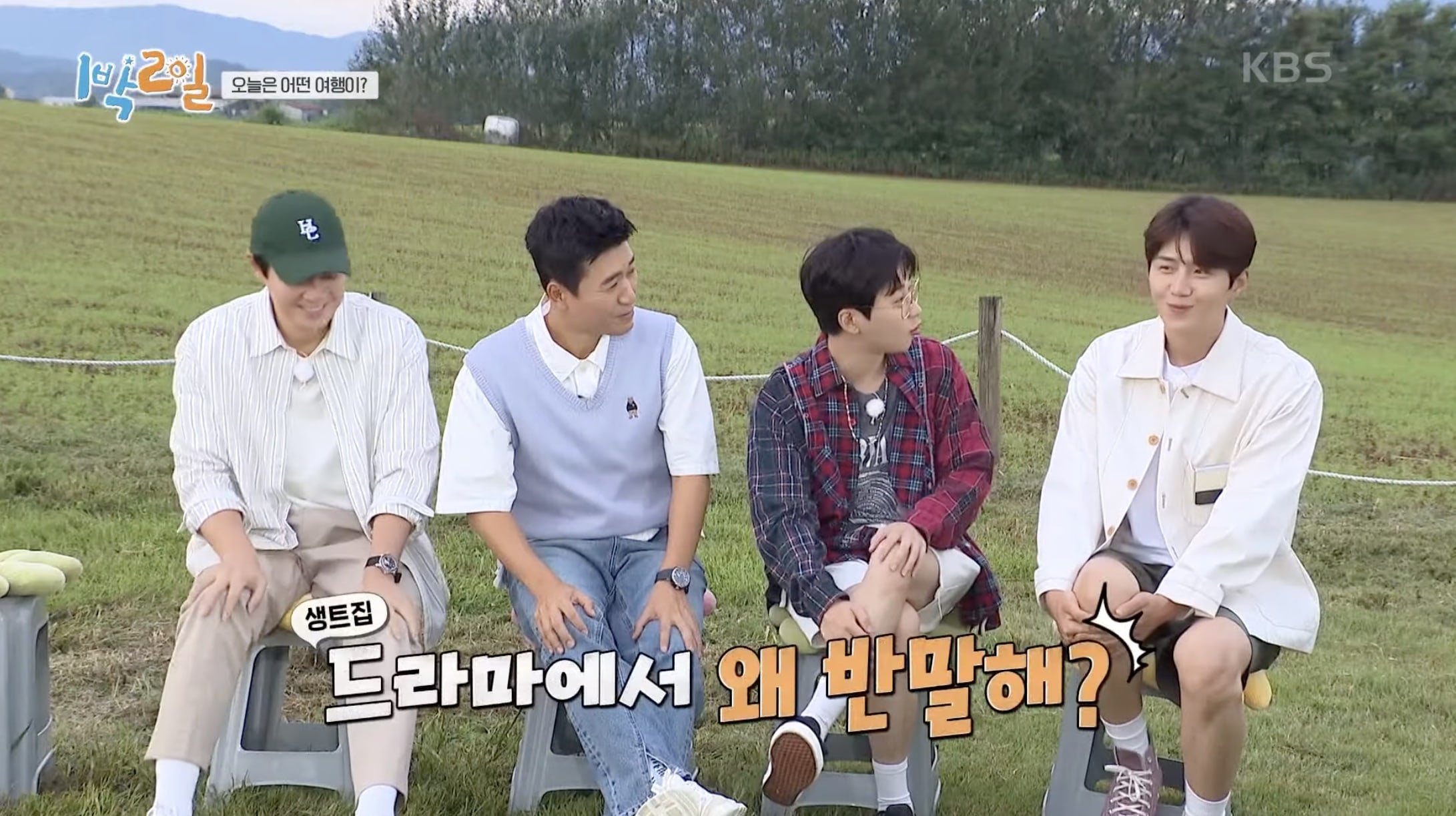 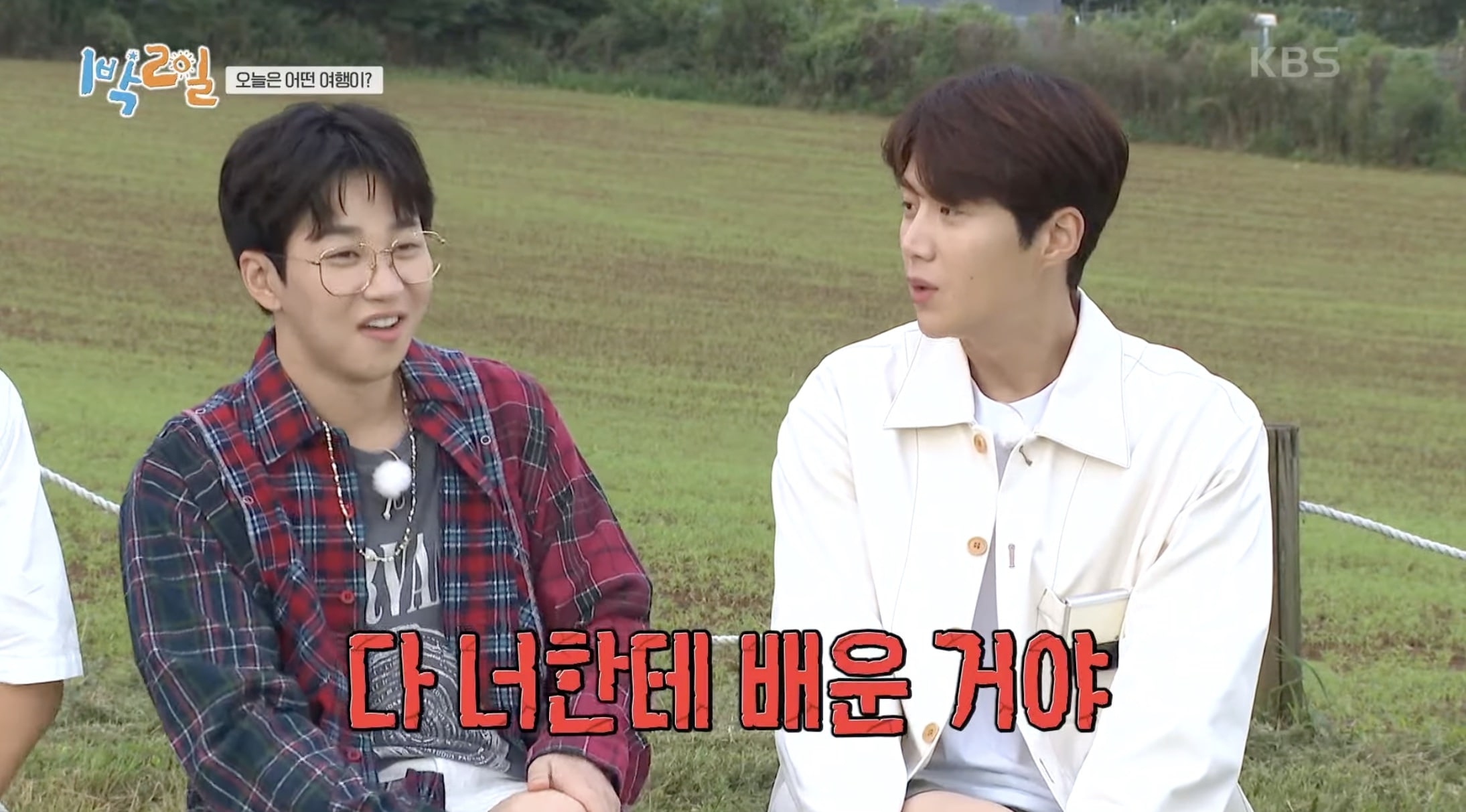 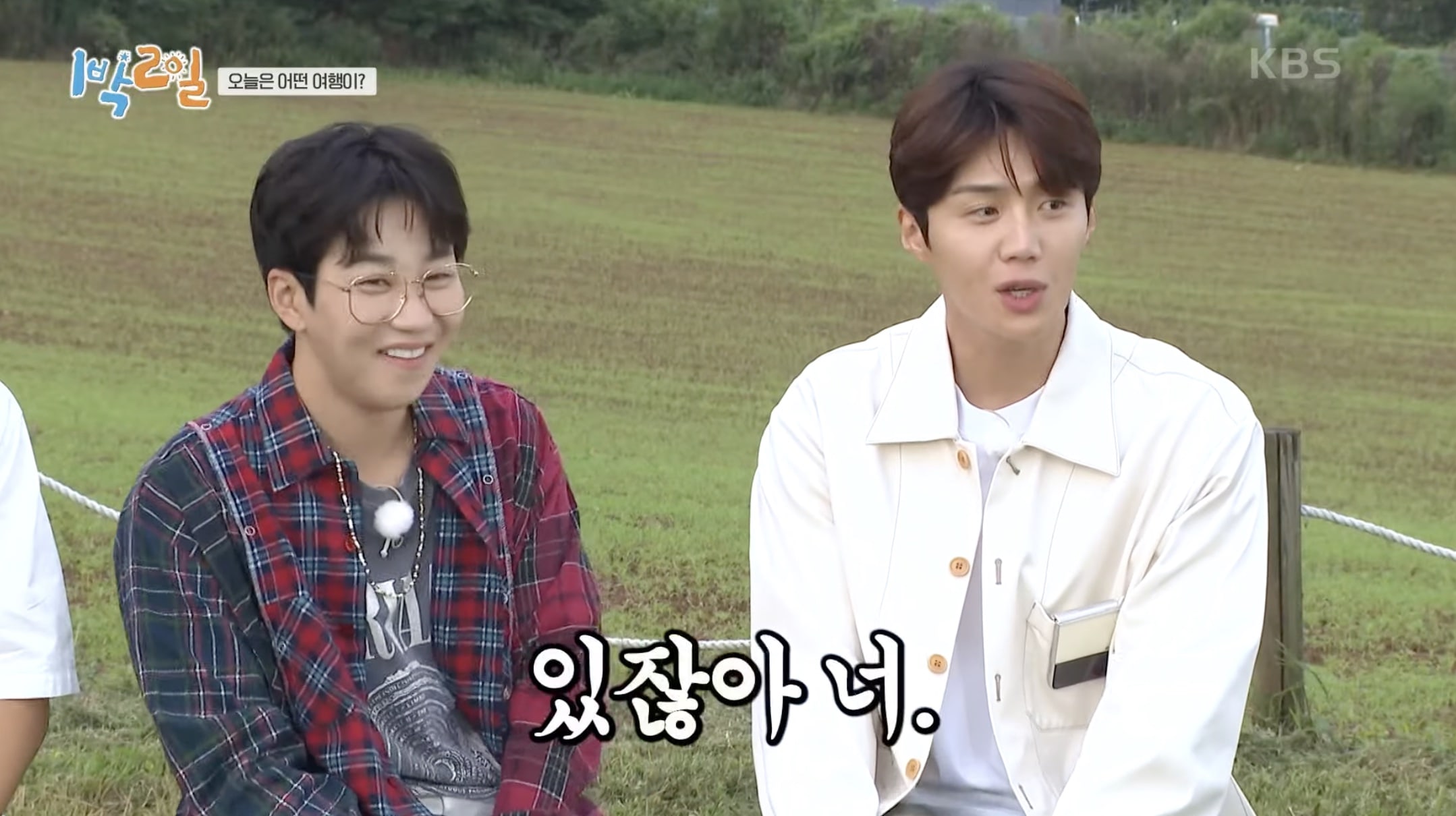 Later, the cast received some prizes, which included masks with the “2 Days & 1 Night” logo that were made by international fans of the show and sent as a gift. DinDin said, “My dad would like those. If I gave them to him, he’d wear them while walking along the Han River. If I receive these, I’ll wear them with my manager and my stylist.” 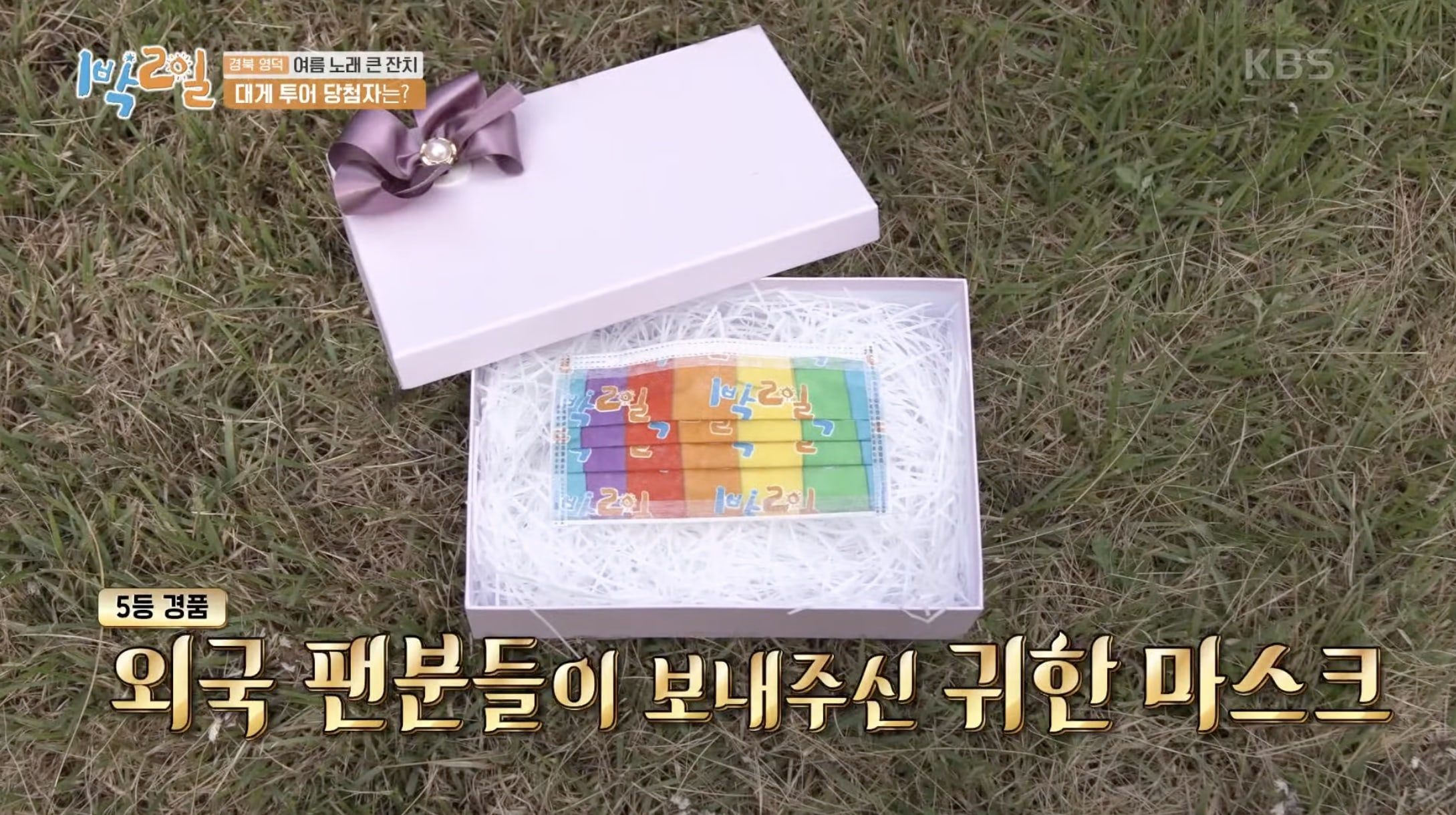 However, the prize went to Kim Seon Ho. Although DinDin regretted not being able to get them himself, he told Kim Seon Ho, “You should wear them with Shin Min Ah and take a picture to show us.” Shin Min Ah is Kim Seon Ho’s co-star in “Hometown Cha-Cha-Cha.”

The show then revealed that Kim Seon Ho and Shin Min Ah had done exactly that and shared their photos on the broadcast. 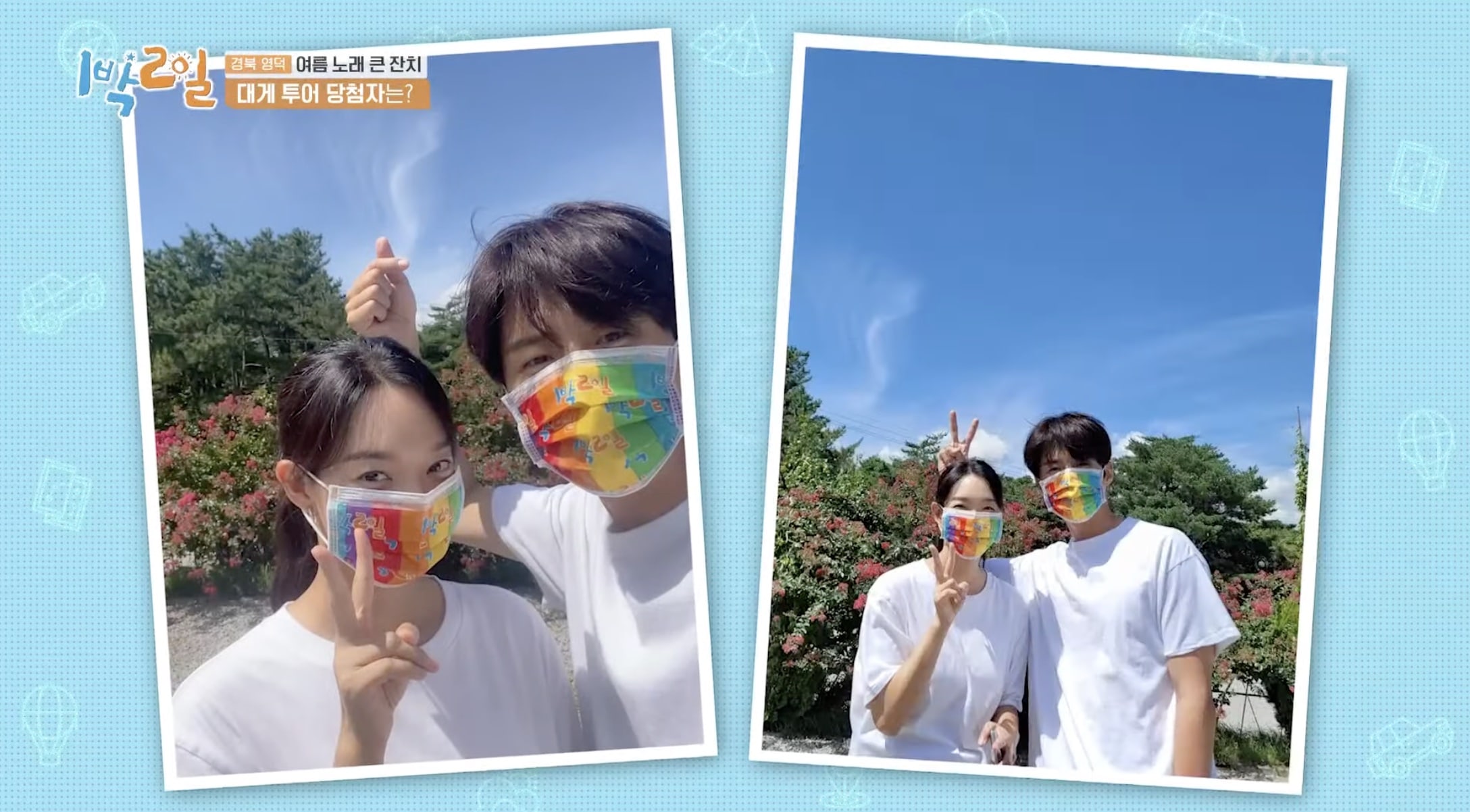