The kolorful and jam-packed year-long celebration of Korean Cultural Center in the Philippines’ 10th year anniversary finally kicks off this March!

What better way to start the happenings than with traditional informative content, thrilling contests, and huge prizes that would allow any K-Culture enthusiasts to tap on their imagination, hone their creativity, and have fun despite the continuous onslaught of the COVID-19 and its new variants.

K-Pop Dancing Diva Dasuri Choi is once again taking on the KCC’s dancing stage as part of “K-Dance Power Up!” This leveled up online dance tutorial will feature the most-requested songs on KCC’s SNS namely: EXO’s powerful “Obsession,” TWICE’s megahit “I Can’t Stop Me,” and IU’s newly-released dance single, “Celebrity.”

Aside from getting the chance to learn the said K-pop songs’ moves and grooves at home together with friends and family, randomly selected participants can also get the chance to participate in the exclusive online dance clinic facilitated by Dasuri herself.

Those who wouldn’t be as lucky, however, would still have the chance to participate in the K-Dance Power Up! Quiz wherein they would be expected to answer specific questions correctly in order to receive special KCC prizes. 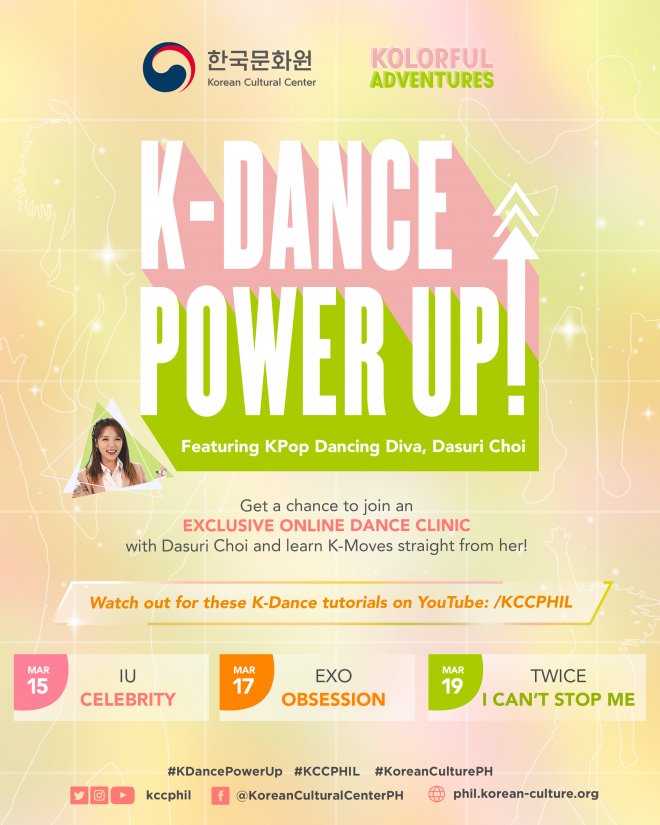 With the goal of allowing the Filipinos to take an active part in the 10th-anniversary celebration, KCC has launched its first-ever logo-making contest. Aptly titled, “Kreation: KCC PH’s 10th Anniversary Logo-making Contest,” is an online event by the Korean Cultural Center in the Philippines that aims to serve as a platform for Filipino to showcase their creativity and their love for K-Culture and KCC through an artwork.

The participants would be working on the theme “10 years of KCC” in creating the logo, while the entries would be judged by four esteemed judges representing Bonifacio Art Foundation Inc, UP Korea Research Center, and iAcademy.

The winner would not only take home a whopping P40,000 in cash, but his work would also have the rare opportunity of serving as KCC’s official 10th-year anniversary logo, which would be incorporated in all promotional and event materials related to the anniversary and to the anniversary video that is slated to be released in July. 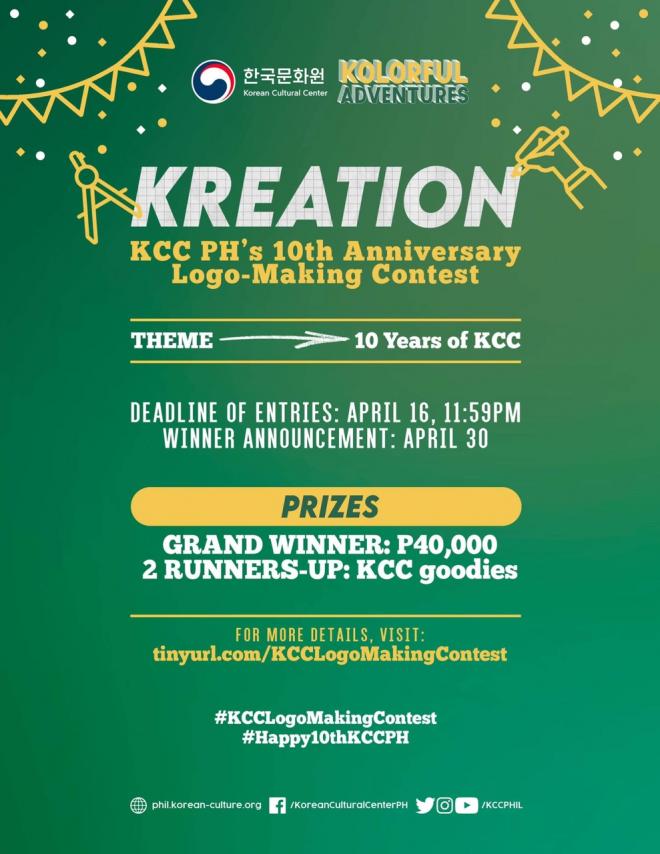 Meanwhile, part and parcel of KCC’s Kolorful Adventures this year is to bring traditional Korean culture to the forefront for the new generation to appreciate and learn from. With the COVID-19 quarantine restrictions still limiting the citizens’ movements, KCC PH will once again take leaps and bounds in order to bring Korean culture into the homes of its supporters.

The spotlight will be on Korean Martial Arts this entire March on KCC’s social media accounts, as the center would be sharing notable history, basic tutorials, unknown facts, and doable techniques for those who have been wanting to learn about Taekwondo, Ssireum, and Taekkyon at home. 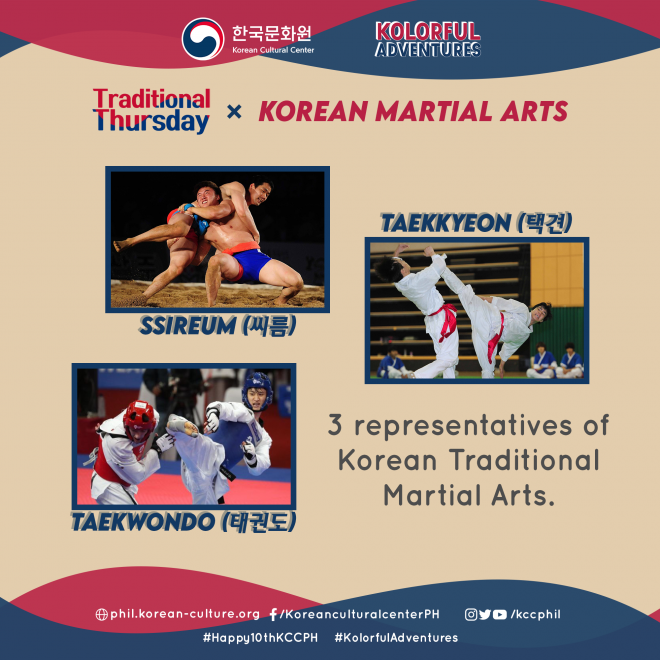 KCC PH is just getting started, as the events and activities are only expected to get bigger and better in the months to come amid the current situation in the country.

15+ Of The Funniest Reactions To BTS’s V Swimming Shirtless

15+ Of The Funniest Reactions To BTS's V Swimming Shirtless