On the March 21 episode of the hit variety show, Jessi returned to make another guest appearance as a special MC. The last time Jessi was on the show, Kim Jong Kook’s mom made no secret of how impressed she was by the female singer, and she even shared that she would love to have her as a daughter-in-law.

The program also reminded everyone that during her previous guest appearance, Jessi had chosen Kim Jong Kook as the cast member she would marry if she had to make a choice based on looks—and that she had gone on to joke, “But don’t you think that if Jong Kook and I had a baby together, it would be pretty?” 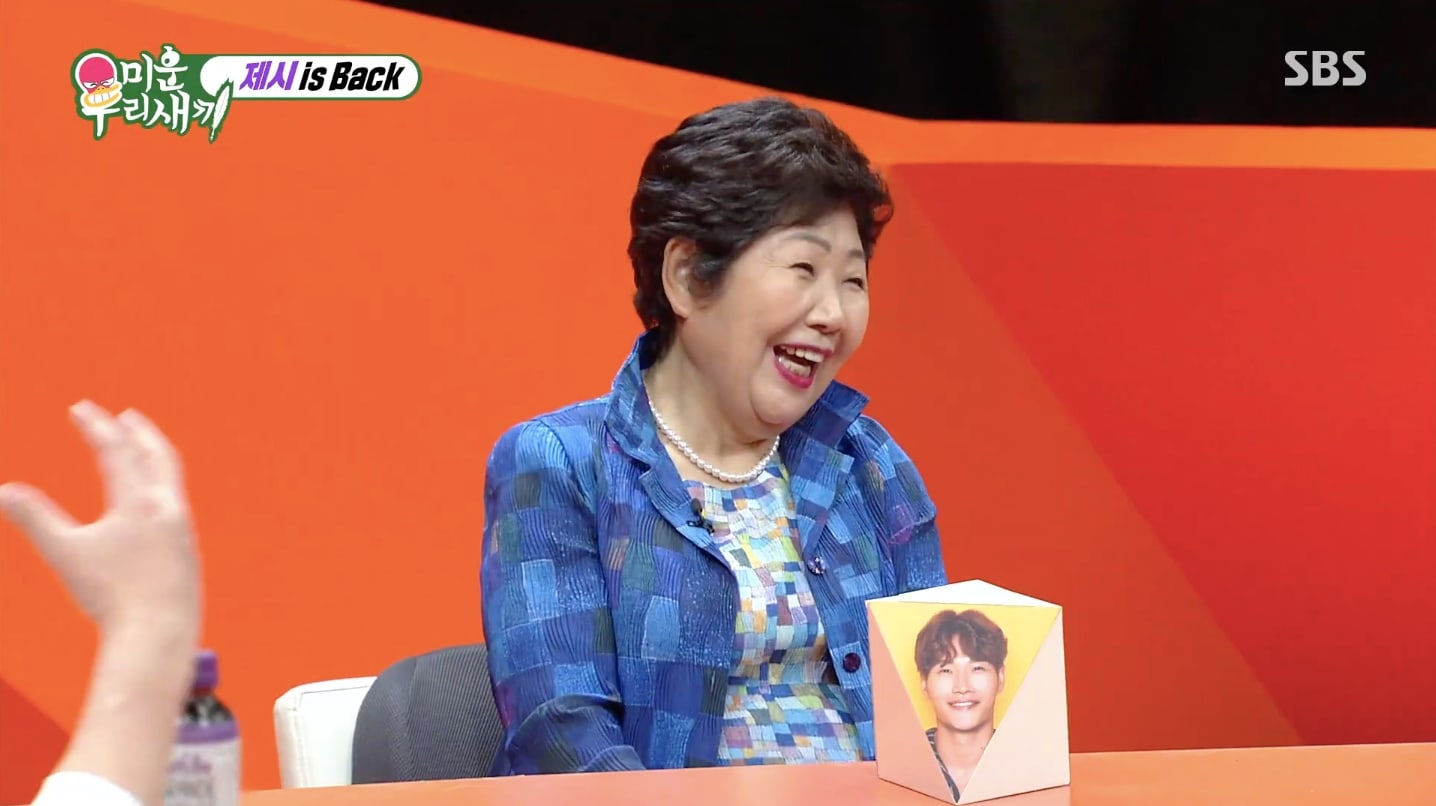 Jessi replied, “When I talk to my mom on the phone, she always says things like, ‘Jessi, you’re doing a great job. Jessi, always be humble, and take good care of [Yoo] Jae Suk.’ She always talks about Jae Suk.”

She went on with a laugh, “But I think my mom really likes [Kim] Jong Kook as well.” As Shin Dong Yup immediately began teasing her, Jessi continued, “I told her, ‘Mom! That’s just TV!’ But my mom kept talking about how he seems like a good person.”

Jessi later added, “My mother just wants me to date a good guy. My mom doesn’t know Jong Kook personally, and she’s never even met him in person. So based only on what she’s seen on TV, he made a great impression.” 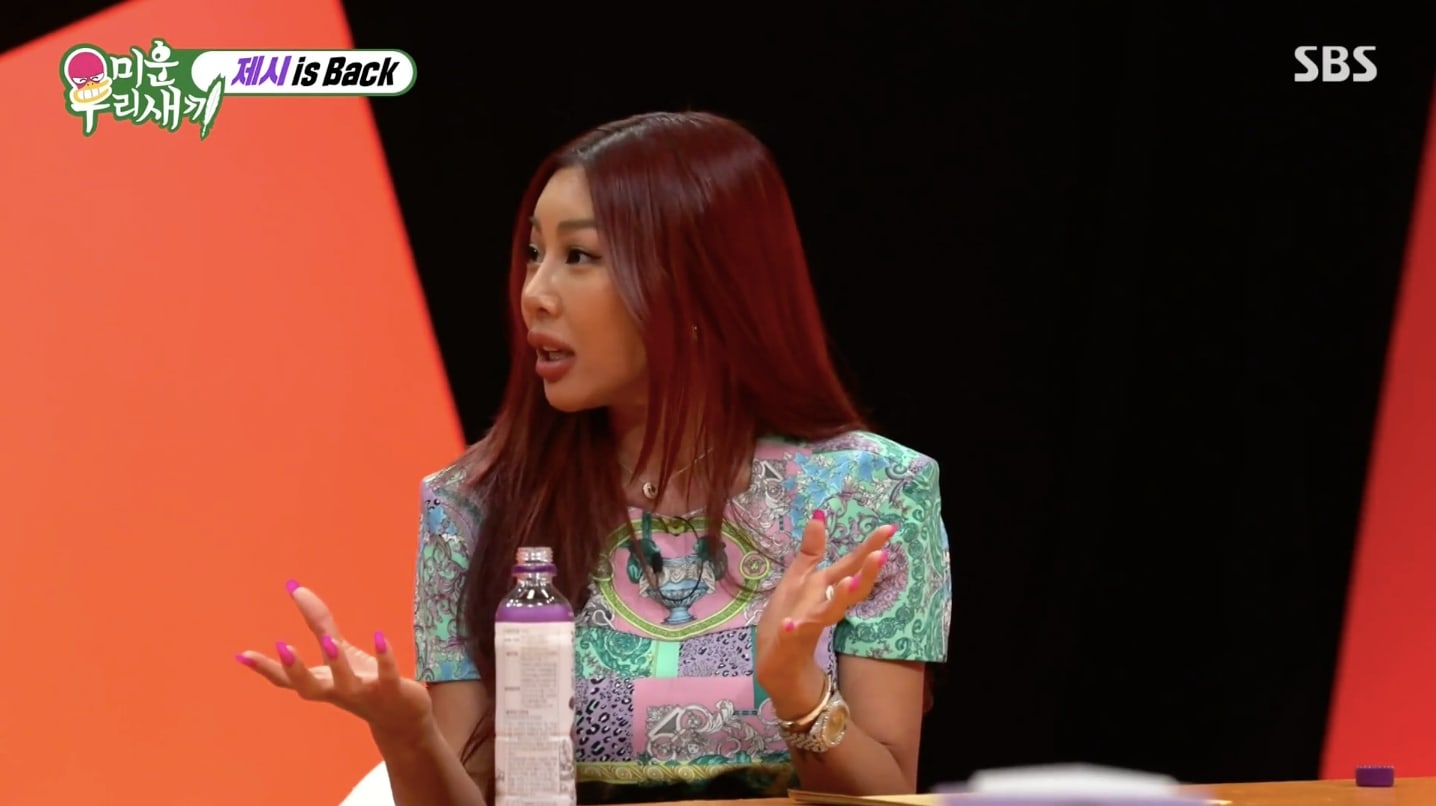 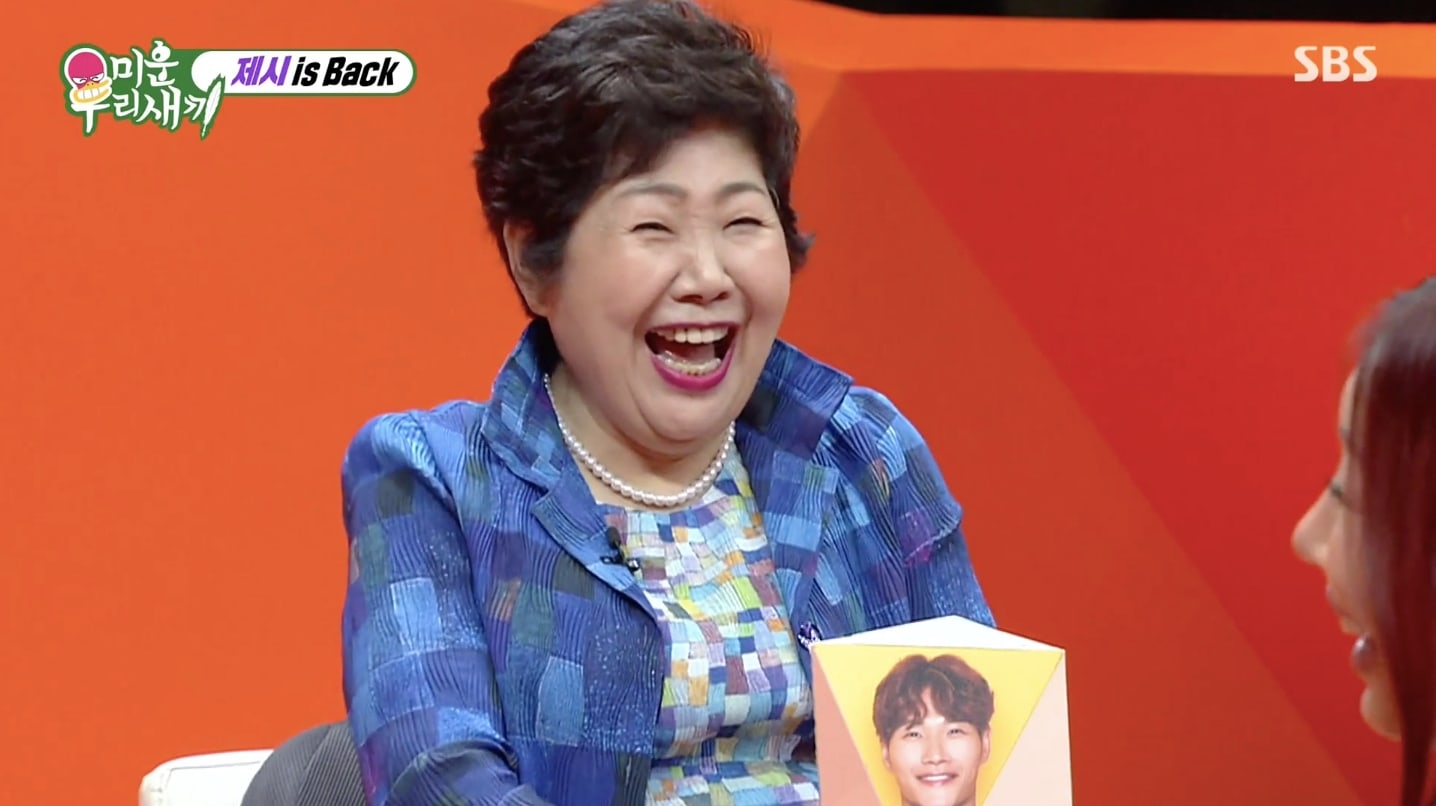 Jessi also talked about working with PSY, the founder of her current agency P NATION, on her new song “What Type of X.”

When Seo Jang Hoon asked if she thought “What Type of X” would do better or worse than her last hit, “NUNU NANA,” Jessi replied, “How would I know? I have to see how things go. But PSY said that this new song is way better… he really liked the song.”

Bringing up the fact that Jessi had joked about PSY driving her crazy while working together on “NUNU NANA,” Shin Dong Yup asked, “Did PSY make you crazy this time as well?”

Jessi jokingly replied, “Honestly, I’m crazy right now as well. No matter how much I fight with him, I lose. [PSY] and I fight a lot, but because both of us are the honest type, we don’t have any lingering bad feelings or grudges afterwards.”

She added with a laugh, “Now that I’ve gotten older, [fighting] tires me out.” 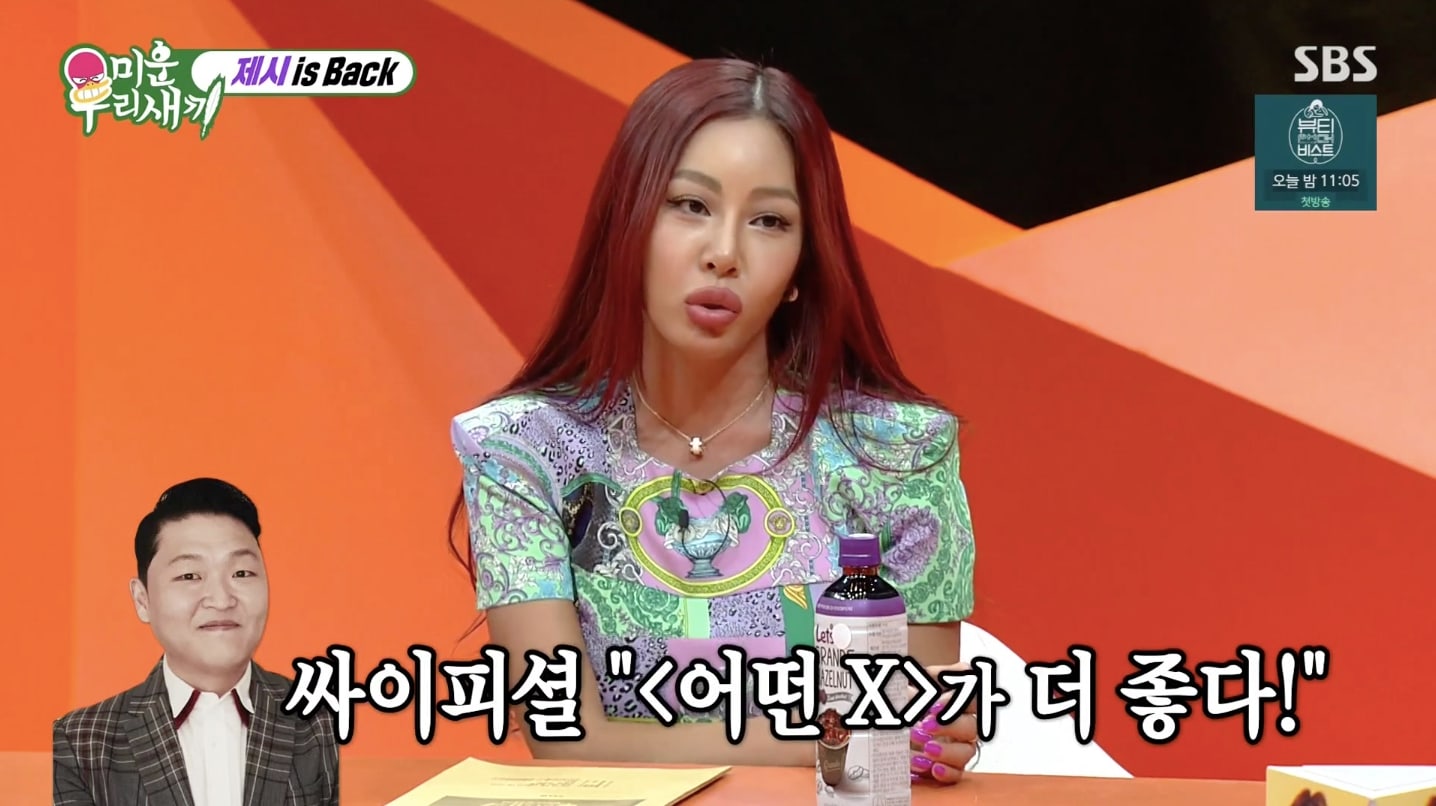 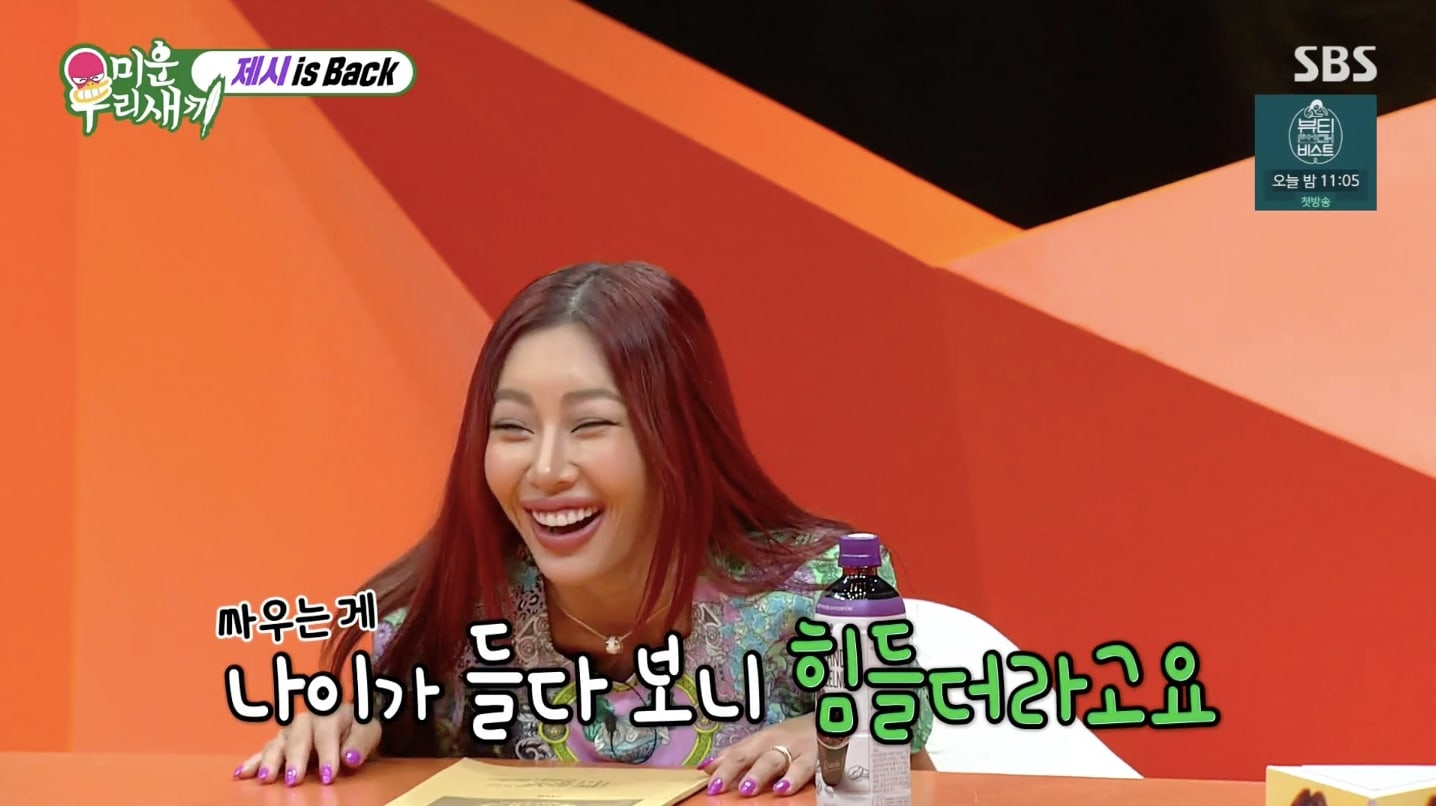 Watch full episodes of “My Ugly Duckling” with English subtitles below!