“Scripting Your Destiny” is about a god of fate who writes out a human’s life and the human who lives out that fate. Ki Do Hoon plays Shin Ho Yoon, the god of fate, and Jeon So Nee plays Go Che Kyung, a drama screenwriter.

In one set of stills, Jeon So Nee and Ki Do Hoon have a literal fateful meeting between a human and a god of fate. Ki Do Hoon gives off the vibe of an artist more than a god as he sits down at a café to write something down and Jeon So Nee watches him from the side with an apron. In another photo, the two of them exchange looks as they stand at the door of the café in the pouring rain. 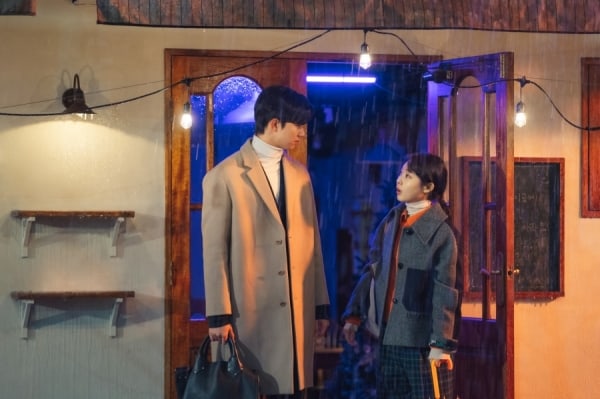 Meanwhile, Jeon So Nee and Kim Woo Seok act out a classic film scene as he holds an umbrella over her in the rain. Kim Woo Seok plays Jung Ba Reum, a drama producing director (PD) who lives a perfect life thanks to the god of fate. Jung Ba Reum takes care of Go Che Kyung with a soft expression in his face, drawing speculation as to what the god of fate might have in store for these two characters. 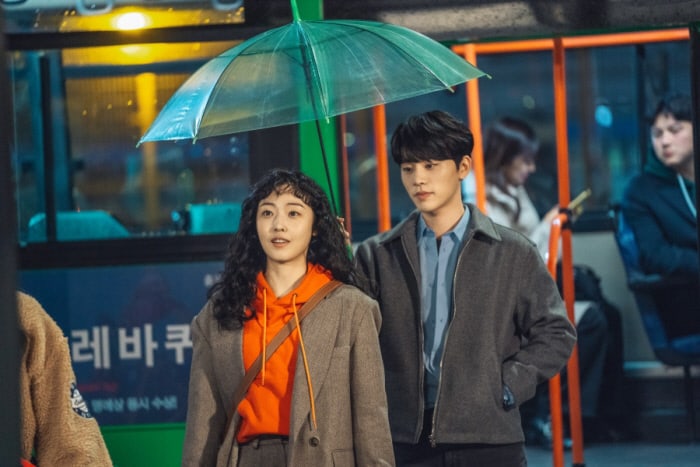 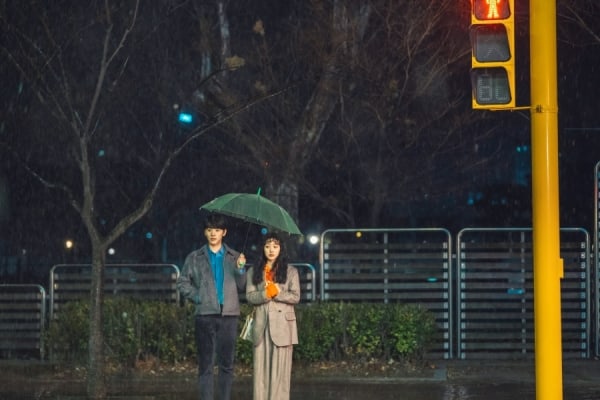 “Scripting Your Destiny” will be released on March 26 at 4 p.m. KST and will be available on Viki.

Check out Jeon So Nee in “When My Love Blooms“…