ITZY Looks Chic And Captivating In Teasers For “GUESS WHO” Comeback

Yeji, Lia, Ryujin, Chaeryoung, and Yuna are set to make their grand return with their fourth mini-album entitled GUESS WHO, which will be released on April 30 at 1 PM KST and 12 AM EST.

Earlier today, the quintet delighted fans by dropping two captivating concept teasers. Released at 12 AM KST, the “Night” version charms with its black-and-white aesthetics and “BEWARE OF ITZY” tapes at the lower portion of the photo. The beautiful idols lined up and posed with their chic looks. Showing a different side, the “Day” version, which was released at 12 NN KST,  features a lighter setup but with similar edgy vibes radiating from the girls. 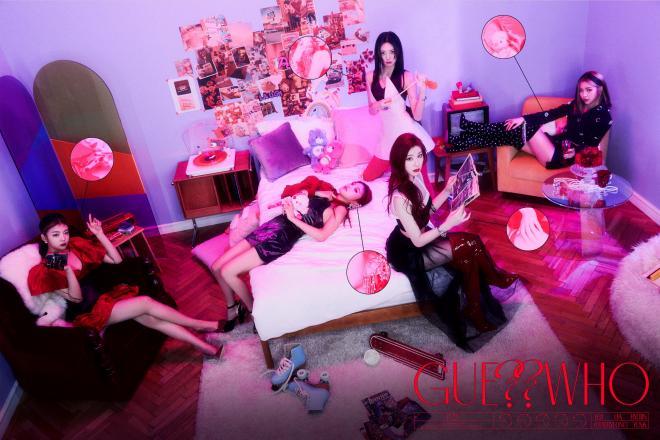 The mini-album GUESS WHO houses six new songs including the title track “Mafia in the morning”. It was co-produced by JYP Entertainment founder Park Jin Young. Meanwhile, the other five new tracks of the group are “Sorry Not Sorry”, “KIDDING ME”, “Wild Wild West”, “SHOOT!”, and “TENNIS (0:0)”.

ITZY’s upcoming album will mark as their first comeback in over eight months. Back in August of last year, the group released their third mini-album Not Shy.

Watch out as more teasers will be revealed in the coming days!

When Is Taylor Swift Releasing Her Re-Recorded ‘1989’ Album?

Here Are The Trainees Presumed To Be In Cube Entertainment’s New Girl Group, LIGHTSUM

Here Are The Trainees Presumed To Be In Cube Entertainment's New Girl Group, LIGHTSUM