On April 12, the new film “Seobok” held a screening and press conference with director Lee Yong Joo and cast members Gong Yoo, Jo Woo Jin, and Jang Young Nam. Star Park Bo Gum was not in attendance as he enlisted in the navy last August.

“Seobok” is a sci-fi film about a former intelligence agent named Ki Heon (Gong Yoo) who, for the final mission of his life, is tasked with ensuring the safe transportation of mankind’s first human clone. Park Bo Gum stars as the titular clone Seobok, the target of many forces seeking to steal the clone for themselves. Jo Woo Jin co-stars as Department Head Ahn, an intelligence agent who is trying to hide the existence of the clone, and Jang Young Nam co-stars as Im Se Eun, the researcher who watched over the birth and growth of the clone.

This is Lee Yong Joo’s first directorial project since the 2012 hit film “Architecture 101,” and his first time attempting something in this genre. He said, “It took me a long time to decide on my next project after ‘Architecture 101.’ It’s not that ‘Seobok’ took longer because of some special issues. It just took me a long time to write the script. I also prepared for a Chinese film at the same time, but that fell through, so it ended up taking longer. I’m trying to prepare for my next projects more quickly now.”

Asked why he had chosen the sci-fi genre for his new project, he said, “I think that ‘genre’ is just the ‘skin’ of a story. As I expanded on the stories that I worked on, I came across the sci-fi genre. I didn’t choose it specifically. I really wrote the script over the past nine years. I thought a lot about the fear of death. There were some personal incidents involved, and I really wanted to write this story. Because I had this compulsion, it ended up taking longer.”

He went on, “Seobok was made because of our desire for eternal life. Businesses want his power, but from Ki Heon’s perspective, he is afraid of death. Society used to be afraid of stem cells. Seobok stands at the edge between fear and greed. I was worried that the movie would become too much like the superhero movies in Marvel and in Hollywood. Stories about clones usually show up in films like that. The clone has to think about their place in the world and overcome difficulties to reach the ending. But my movie is from the human Ki Heon’s perspective as he looks at Seobok. He faces death, embraces wild hopes, and learns to trust before he is finally saved by Seobok. I wanted him to walk the same path as clones. That’s what sets my film apart from the others.”

Gong Yoo said, “My character’s first appearance in the film got edited a lot. I wanted to show an unhealthy image for the audience’s first impression of him, to drive home the image of a character in pain. But a lot of it got edited out. Scenes like throwing up in the toilet were really hard on my throat, but it all got cut to simplify the story. I’m not complaining that it was edited, but I thought about it when I was asked to share some funny stories from set.”

Lee Yong Joo commented, “We got feedback from people saying they thought it was because he drank too much, so we cut it out.”

Gong Yoo said, “Rather than trying to play a new character with every project, I want to try something that’s a little different. I try to pick projects that I might normally avoid because they’re difficult. If it appears new and fresh to the viewers, then that’s a bonus, but that’s up to the audience to decide. Through this project, I thought a lot about whether I’m living a ‘good life.’ Right now, I think it’s more important ‘how’ we live rather than ‘how long’ we live. I think that ‘Seobok’ had an influence on that.” 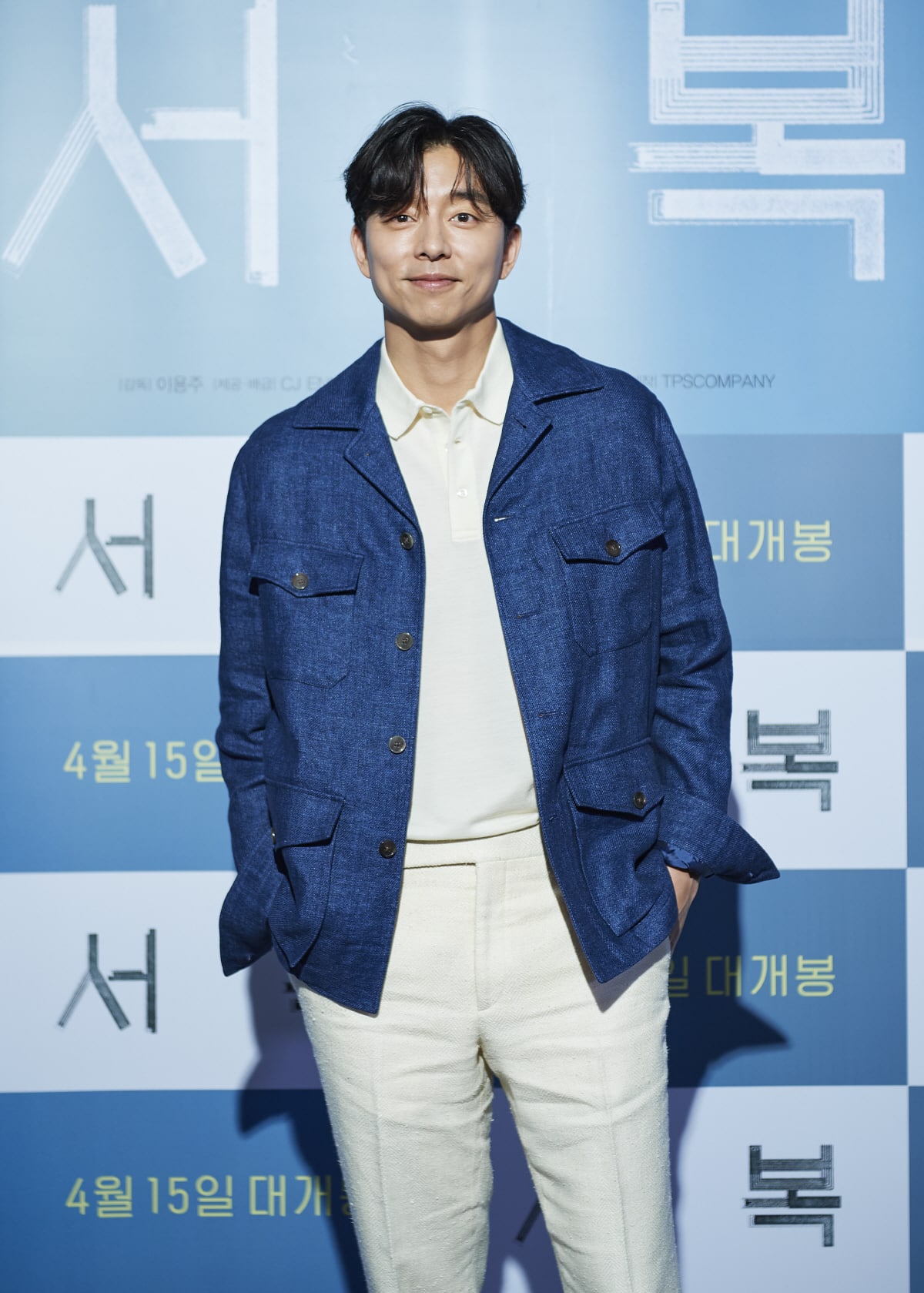 Jang Young Nam said, “I had a lot of scenes with Park Bo Gum. All the scenes where I had to look into his eyes were sad. The last scene was so sad that my heart hurt and I cried while watching the movie. It was so sad.” She added, “Park Bo Gum was very thoughtful about my child on set. I still remember that vividly.” 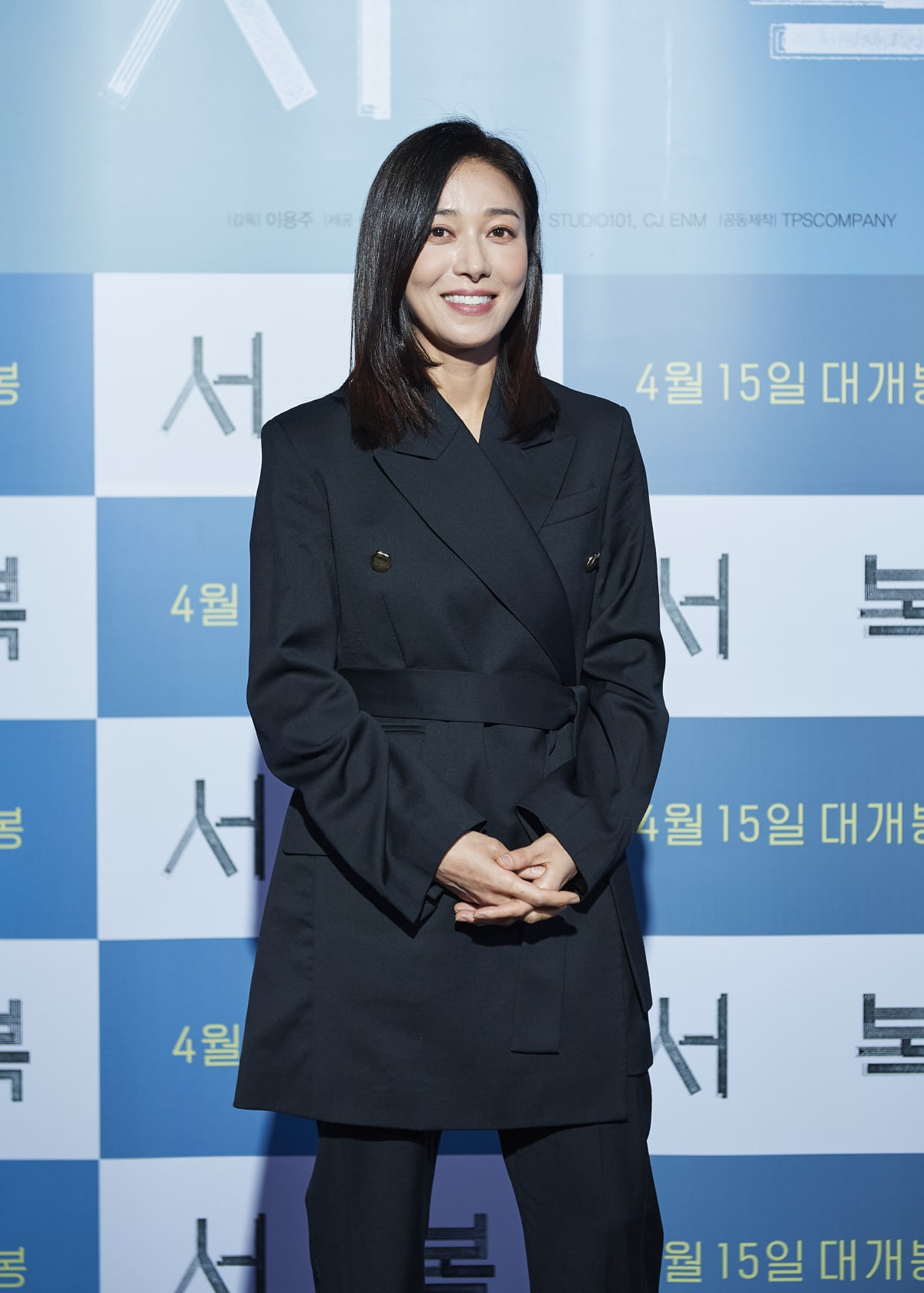 Jo Woo Jin said, “I think that this character is different from other villains because of his ‘fear.’ His strongest emotions are fear of death and fear of humanity’s ruin. I’ve played a lot of characters who torment other characters, but this one conceals a lot of the fear that drives him forward. He’s very afraid, which makes his greed stand out even more.” 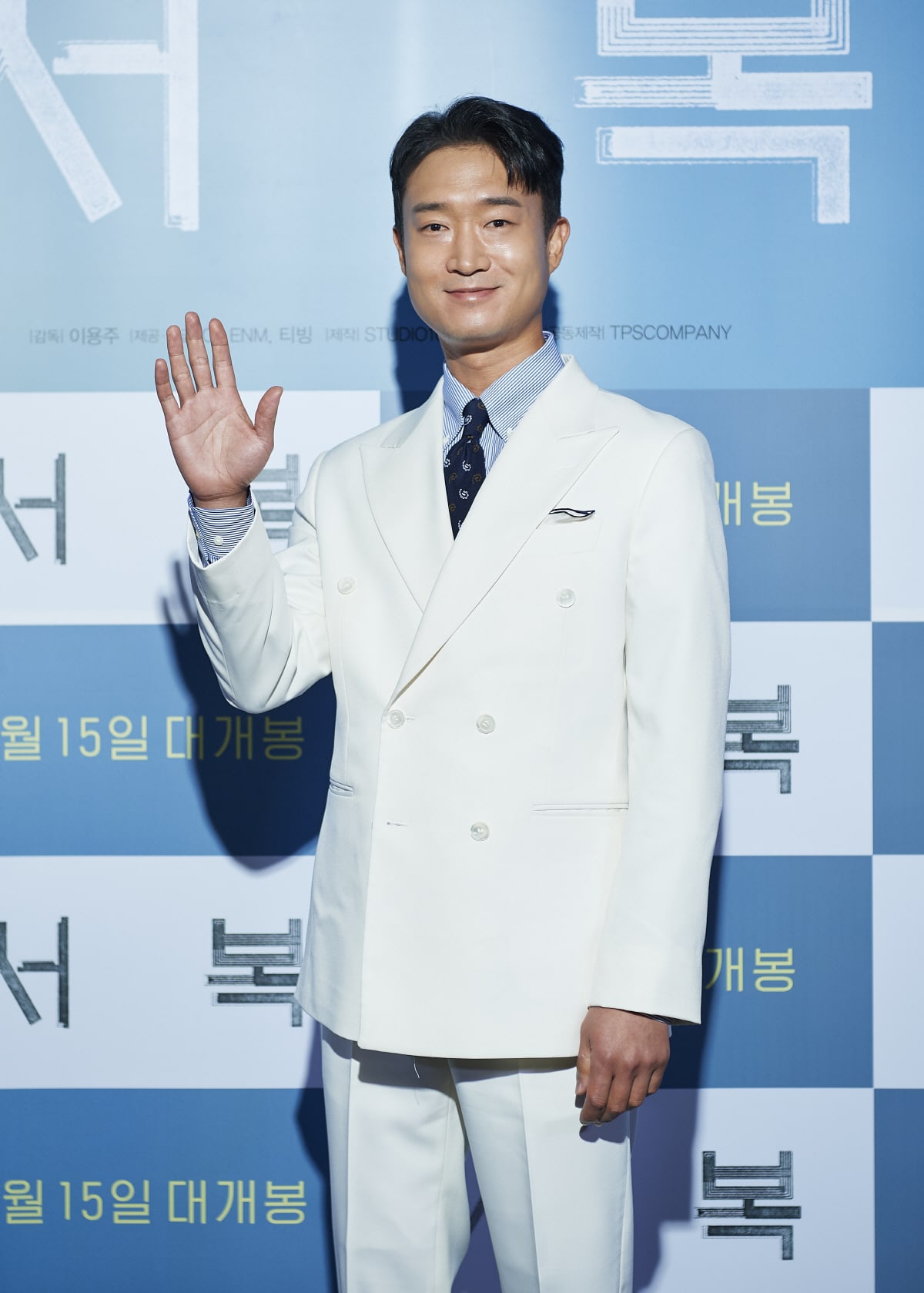 “Seobok” was supposed to premiere in December, but was pushed back due to an increase in COVID-19 cases in Korea. It will now premiere on April 15 simultaneously in theaters and in CJ ENM’s OTT (over-the-top) streaming platform TVing.