Dreamcatcher Stunned Audiences With Their Duality in “CROSSROADS”

The rock influenced septet walked the boundaries between reality and fantasy with their third online concert DREAMCATCHER CONCERT CROSSROADS. They showed their limitless talents during the two-night show held on March 26 and 27, and streamed on the MyMusicTaste platform.

Dreamcatcher performed alongside a live band on both nights, presenting unforgettable stages for their fans, InSomnia. The group prepared songs familiar to fans, as well as some tracks that were never before performed.

In particular, the two nights had a different theme, making this an even more spectacular concert. The members managed to showcase their musical prowess through new arrangements of popular songs. Unlike their previous concerts, CROSSROADS focused on duality and the outstanding live vocals of the girls.

This was the group’s first concert for the year, to which they were all looking forward. They excitedly told fans, “You’ll be able to experience double the various charms of Dreamcatcher over the next two days.”

SOOTHING THE HEARTS OF FANS WITH UTOPIA

The first night, March 26, showed a side of Dreamcatcher that touched the hearts of fans, melting away any cold left from the winter. Part 1 Utopia opened with “Dear” and the seven members softly singing a tune that mesmerized fans. 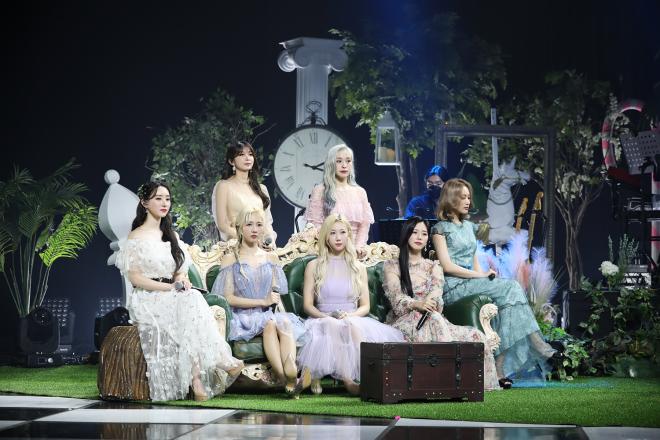 The outfits of the first night portrayed a forest fairy theme against a wonderland concept set. Its backdrop fit the hypnotic vocals that enchanted the InSomnia watching, as they fell down the rabbit hole that only Dreamcatcher could take them through while singing “Dawn”, followed by “And There Was No One Left”.

Both the artists and fans energized each other through the performances and the support sent through the screen alone.

The highlight of the night came when the girls took to the stage one of their most popular game soundtracks, “R.oS.E Blue”. This was the song’s very first performance and the group chose to make it a little more interesting. The idols presented a new arrangement to the track that quickly captured the hearts of fans.

Also, songs from the Dystopia series like “Scream”, “BOCA” and Odd Eye” were given an acoustic twist. It had fans cheering for a live acoustic soundtrack to enjoy the concert again after. The setlist sent InSomnia on an emotional ride with “Daydream” and “July 7th” before the encore performances of “Full Moon”, “Over The Sky” and “4 Memory”.

More hearts were melted when the girls showed their love for member Handong for her birthday. The biggest surprise came in the form of a beautiful video letter from Handong’s parents, wishing her a happy birthday. The letter touched both Handong and the fans, leading to an encore with tears and tissues. It reminded everyone of the connection between the members and those who love and support them.

After the concert, VVIP ticket holders even had the lucky chance to spend some more time with the girls for a mini party event. During the special time, Dreamcatcher read some comments from fans and talked about their feelings after performing.

BATTLING THE SCARS OF THE PAST WITH DYSTOPIA

In contrast to the first night, the second one opened with a bang as Dreamcatcher performed “Chase Me’, followed by “Good Night”. This marked the start of Part 2 Dystopia on March 27. 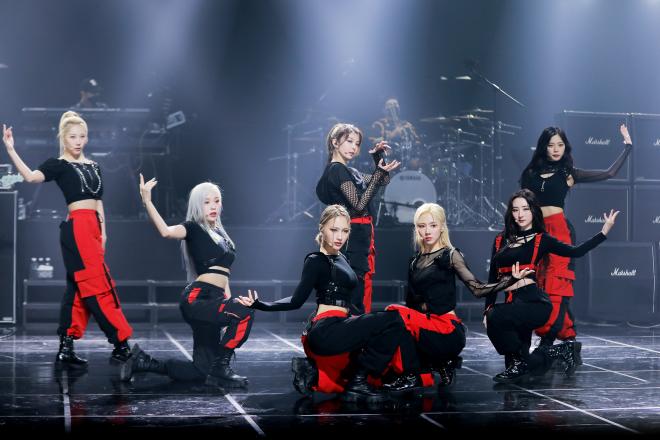 This concert showcased the side of the group that fans are familiar with and love, that being their rock influenced vibe. The girls performed songs like “PIRI”, “Poison Love” and “Wind Blows”, making fans scream for more.

In addition, the idols once again performed their three title tracks from the Dystopia series. Compared to the first concert night though, this time they delivered them in a different arrangement, showcasing a variety of charms.

Another thing that was similar to the March 26 show was the fact the support from InSomnia did not stop. Once again, the artists and fans communicated with each other through the online chat, sending messages of support and hearts.

Finally, Dreamcatcher wrapped up a successful two-night show with “Tension” and “New Days”, signaling a new journey to begin with their fans by their side in all their future activities. 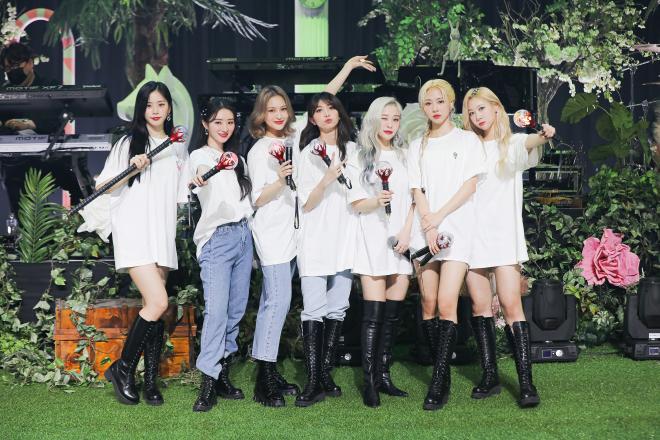 BTS Reveals How Their Personalties On “Run BTS!” Are Different From How They Act Around Others

BTS Reveals How Their Personalties On "Run BTS!" Are Different From How They Act Around Others