4 Favorite Scenes From “Light On Me” BL Drama

Spoiler Alert: This article contains spoilers from the BL drama.

“Light On Me” is a BL web drama based on a BL game (later adapted into a webtoon). There are plenty of BL dramas in 2021 and also a lot of dramas adapted from webtoon.

The story follows Woo TaeGyeong a student of Saebit High School who due to his shy personality doesn’t have any friends and gets excluded by his peers. He meets a new teacher who challenged and encouraged him to join the student council, a chance for him to start talking to people and maybe make new friends. He accepted and upon getting to the Student Council room, he is met by 3 guys, one of whom will become his first love. The drama stars Lee SaeOn as Woo TaeGyeong, Kang YouSeok as Noh ShinWoo, and Choe ChanYi as Shin DaOn.

For BL fans, we always look forward to moments, significant moments that make us feel intoned with the storyline. It could be as subtle as a glance or bold as a kiss but those key moments and scenes are what makes our hearts beat faster, yearning and romanticizing the characters.

“Light On Me” gave us so many of these moments and scenes. Exploring a wide range of emotions while also feeding us with the concepts we love to see in BL dramas. They weren’t cut and dry, they were deep, meaningful, and relatable. A very key point about the series was how it was able to cast away the prejudice and fear attached to same-sex feelings, the contrast between a crush and love as well as the taste of true friendships.

The drama was able to tap into and highlight so many of these things in its scenes, making fans tune in every week to watch and share in its budding storyline.

While we might not be able to share all of our favorite scenes from the drama, here are some of them. 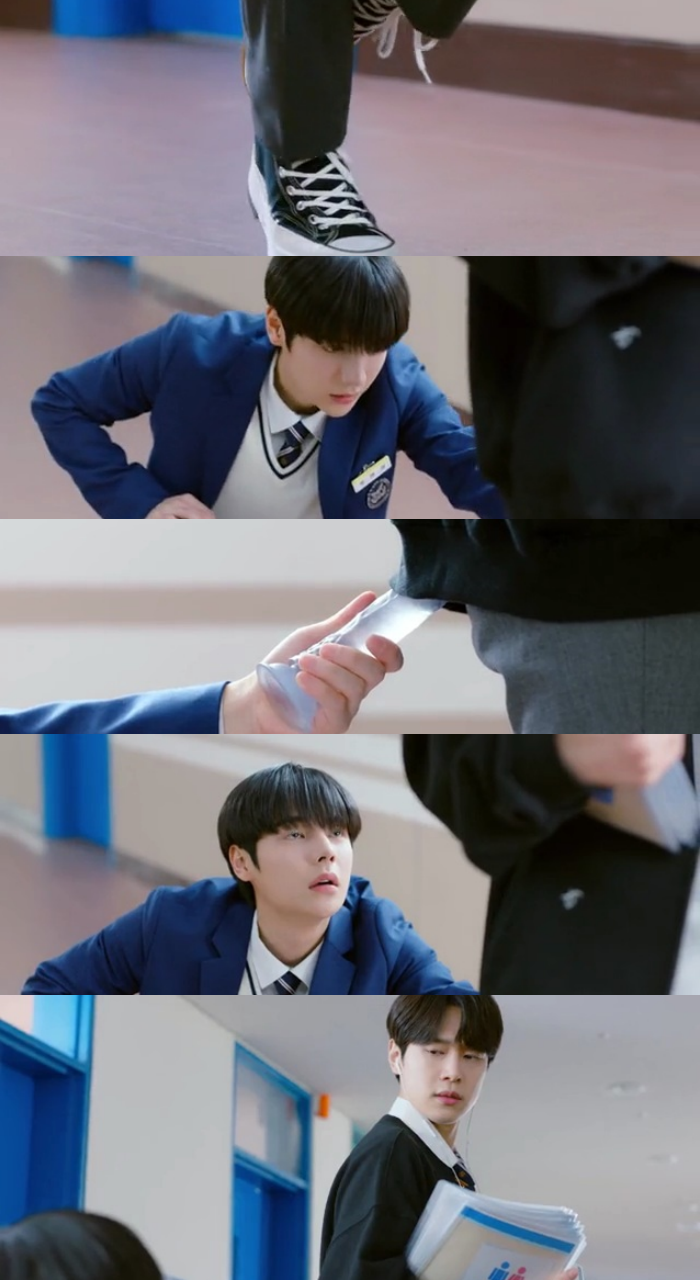 While many fans sort of disliked Shin DaOn for hurting Woo TaeGyeong, many also recognized the fact that sometimes, it is not always easy especially with the fear that comes with being out. Shin DaOn seemed like the person that always wanted to please people, make them happy and the fear that the rumors would make people see him in another light left him shaken and he wasn’t able to see the hurt and pain Woo TaeGyeong was feeling.

The scene were like many people, he finally came to the realization that being true to oneself and accepting who you are is way more important than other people’s thoughts and feelings about you. This realization opened his eyes to the fact that in the process of dealing with his feelings he had hurt Woo TaeGyeong and he knew he had to find a way to apologize and make things right 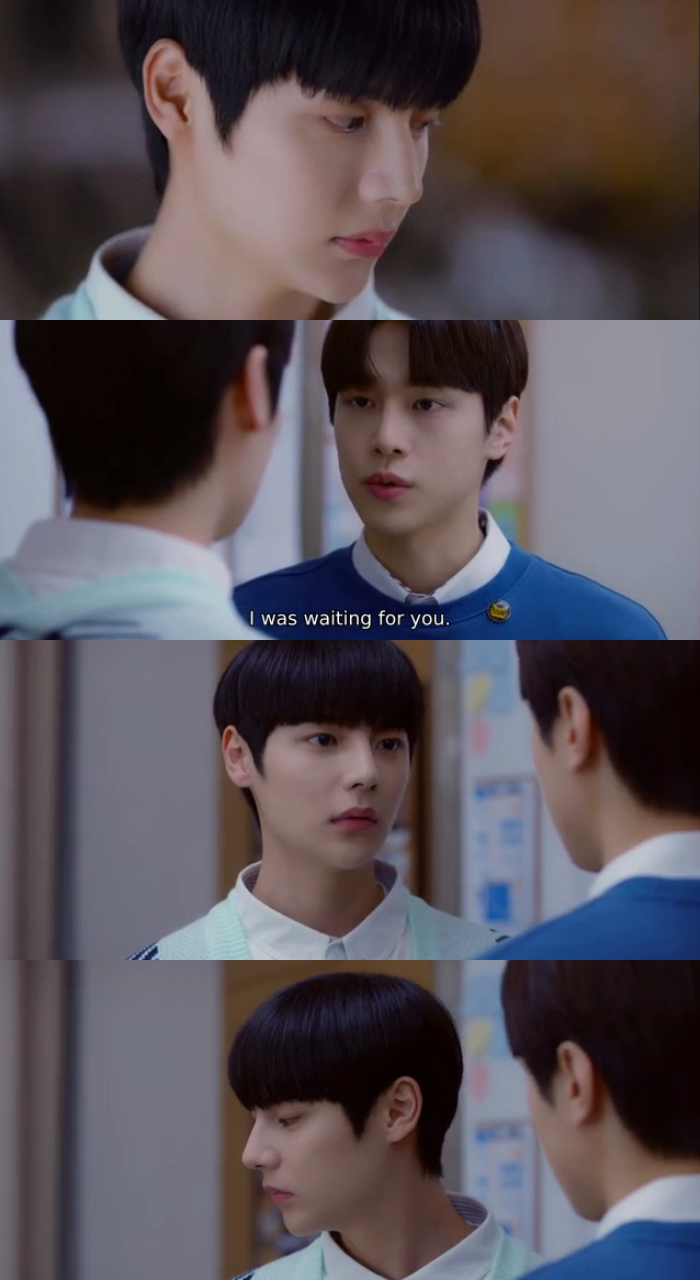 We call it The Twist because it was the moment we had all been waiting for! In episode 14, we were still asking ourselves “When will Woo TaeGyeong finally see Noh ShinWoo as his true love?” “When will Noh ShinWoo have the courage to confess his feelings and claim his man?”. 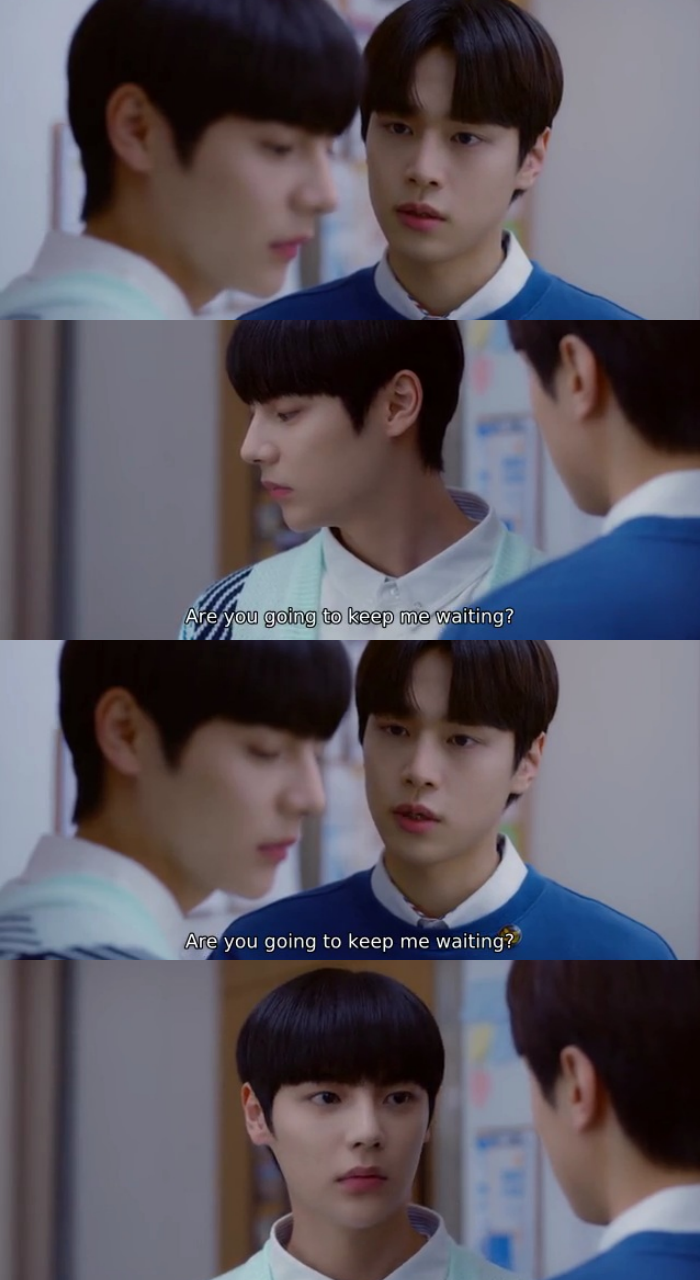 Hearts and minds went crazy when at the ending of episode 15 Noh ShinWoo gave us all the iconic line “I was waiting for you, are you going to keep me waiting?” and we were all in haste to see if his bold yet beautiful confession was rejected or not.

We could all hear the screams and heartbeat of many BL fans when Noh ShinWoo gently held Woo TaeGyeong’s face and kissed him. The passion, the intensity, the hunger, it was a beautiful moment that made everyone breathe out ‘finally’. The soft music playing in the background, the lights, the slow-motion all made this heartwarming scene even better.

Some other cute and memorable scenes:

Noh ShinWoo dancing at the Karaoke

Noh ShinWoo and Woo TaeGyeong’s “first date” at the mall