On the April 4 episode of KBS’s “2 Days & 1 Night Season 4,” the cast continued their “heart-fluttering” special.

Before the mission, the members talked about their dating styles in real life. DinDin boasted, “I’m the type to make the first move. If I’m interested in someone, it almost always works out.” But Kim Seon Ho shot him down and said, “Don’t lie. I’ve seen something.” 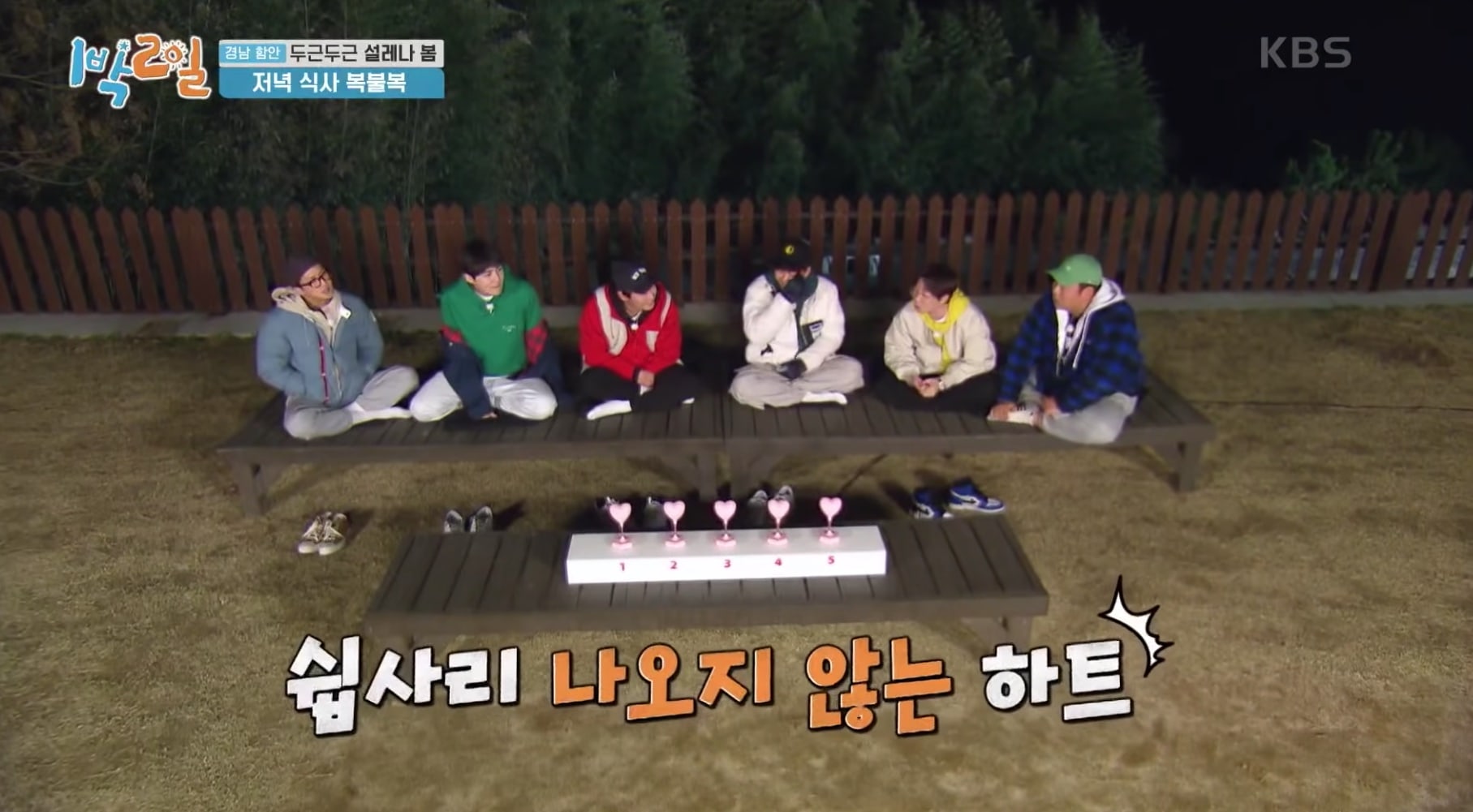 The first “scenario” was a blind date in which your ideal partner asked if you liked hiking even though you hated it. The members struggled with the difficult situation and won over not a single staff member, until Ravi replied, “I like noona” and won all five hearts (as well as the excited screams of the staff members). The other members commented, “It’s clearly different. [The answer] has nothing to do with hiking!”

Another scenario was what you would do if you wanted to take your girlfriend’s hand while walking her home. Kim Seon Ho said as his answer, “It’s dangerous, so take my hand,” and won all five hearts. The rest of the members won zero hearts and complained, “This is never going to end! We’re all bad at dating.”

Other scenarios included how you would ask for the phone number of a person who was your ideal type whom you frequently met on the same subway train. The members acted out the scenarios, which got more elaborate as other members played bystanders who got in the way of the “confession.”

The remaining members gave up on getting all five hearts and decided that the last person to eat dinner would be the person who got the most hearts. The next scenario was what you would say if the friend you had secretly liked for five years asked you why you didn’t date. Kim Jong Min won the round by replying, “Because of you.”

Here Are The 22 Tallest Girl Group Members In K-Pop